I would like a small as possible and low cost button module connected to the sense bridge, like $5/pc, functionally like the contact sensors, but are simply a push button. I could use different buttons to do different things. Arm the alerts on my way out the door. Use it to toggle camera on/off. Allow a visitor without the app to turn off the camera.

While it would be nice to have a multi-color LED as feedback as to which state you just caused, I’m guessing you probably only have a tx radio on the sense devices and don’t have a mechanism to receive such feedback.

Alternatively, you could just have a switch/toggle that has two mechanical positions

I like the idea of a guest being able to turn off a camera. My office doubles as a guest room, and I have a camera in there. It would be nice for the guest to be able to turn off the camera and know it’s off with LED feedback rather than me having to unplug the camera entirely to ensure privacy.

I would love to see Wyze build a simple programmable button like the SmartThings button/temp sensor. This button should be able to trigger actions such as turning the lights on/off, dimming the lights, disabling camera functions, etc., using one, two, three click or long press actions. It’s nice to have voice commands via Google but when I have guests over it’s always better to have a physical button for them to press.

Would love to see Wyze Button. Life would be so much simpler with the buttons.Flic has it limitations so would like to use Wyze. Wyze IFTTT response time is quite good making the buttons very usable and functional.

A Wyze button, two types, One being solar powered doorbell button momentary. While the other being momentary rotary, also act as a lighted alert status indicator, pressing the button would initiated a playback window on browser on the corresponding camera, acknowledging the alert and button stop flashing, then with PTZ control and double press to take photo on the same button.

I would definitely like to see a Wyze button. It could allow you to turn existing wyze cams effectively into doorbell cams or allow push to talk from the camera side. This would definitely open up tons of possibilities for automation. I’m surprised that this topic doesn’t have more votes especially considering how many votes Video Doorbell has. This would be a cheap and easy way to turn existing wyze cams into doorbells

How would you feel if this was a part of the Wyze Sense family? And therefore required the Wyze Sensor Bridge?

No problem for me. Seems like an understanding for low powered devices today.

I did have a thought about the bridge though. I have a family member that won’t get the cameras because he wears a tinfoil hat. But he has not problem with the sensor. Maybe a stand alone bridge plug might be worth looking into.

To keep battery life long with small package and costs low, part of the sense ecosystem makes the most sense to me.

I personally would be fine with that. I know I could pop open the Contact Sensor and make my own button, but I’d rather have a nice, polished look rather than whatever case I could cobble together.

I agree that a standalone bridge would be nice for some people. It shouldn’t be that hard to make, either. Just take the camera and mic out of a camera. Of course then setup would have to be re-thought. So maybe it’s not that simple.

I think as long as Sense gets exposed to Google Assistant, Amazon Alexa, IFTTT and possibly HomeKit/SmartThings this would be fine. When it comes to a smart button I think users want to have the flexibility to control multiple devices in and out of the Wyze ecosystem. If you were to put it behind the bridge today it limits it to just the Wyze ecosystem. If Wyze already had a full color bulb, light strips, etc. this might not be as big of an issue but I am sure it will take time for those to come out if at all.
It would be easy to build a smart button today. The tech is already built in the Wyze plug you would just need to take the power delivery part out, drastically reduce the size and add a battery. I think this would be a home run and something that probably should have been out with or before the bulbs.

One item that would be really helpful would be a switch module that had a push button that would send a code if just quickly pressed another code if double pressed and a third code if held, similar to the smart things push button. It should be in a small case that could be attached to a wall or a wall switch plate that when pressed could be used to turn on and off one of the Wyze Plugs or a Wyze bulb.

I am sure that I can fake one of these by taking a contact sensor apart and hooking wires across the reed switch and running them to a push button. My biggest problem is some kind of case to put it into.

Just as an interesting possibility, if you are putting a Wyze Bulb or Plug in a room that has a switched outlet for a table light or floor light but still has a standard wall switch to turn it on or off (I have 3 of these in my house) if it could be in a box that would fit over the current light switch to prevent it from being turned off and have the remote control buttons/switch that would kill 2 birds with one stone.

I’m a big fan of this idea as well. I started out looking for something like the wireless Phillips hue “dimmer switch,” for use in a room with no light switch. While a switch would be nice, this button idea would be able to accomplish the same goal, and so much more. I have hue lights in my home, but just purchased 8 wyze bulbs and I love them so far. Only problem that I’m having is that some visitors, say a mother-in-law

, can’t seem to figure out voice commands. A physical option would be nice.

Any idea if they’re working on this I would super love a button and they could use it with a sense infrastructure. Your ideas fantastic but now that the bulbs are out my idea for it would be to have essentially a light switch anywhere you possibly could want it. It could control multiple lights, basically anyway you want to set it up. Currently I am using the motion sensor and the Magnetic sensors for this but a button would be significantly more useful.

When or if they start working on this the title wii change from ‘maybe-later’ to ‘researching’, after that it would get switched to the #roadmap area of the forum

Ok, well here is what i decided to do. Hopefully you guys like it. If you do, you guys should make some noise about telling Wyze some of these 3d models should be mass produced. I already messaged about creating some sort of program to create Wyze accessories like you would find on the Apple store. Wyze isn’t going to waste their time with little stuff like this nor should they. But no reason why everyone cant benefit from it. Seems like a win/win/win to me. Customer get great accessories, Wyze get sales of the accessories and probably sells more hardware and the designer gets a cut from the accessory sale. I mean 3D printing is great and all but the quality is not as good as it could be and lets be honest maybe like 0.05% of wyze customers would ever do anything with 3D printing (even ordering a print) 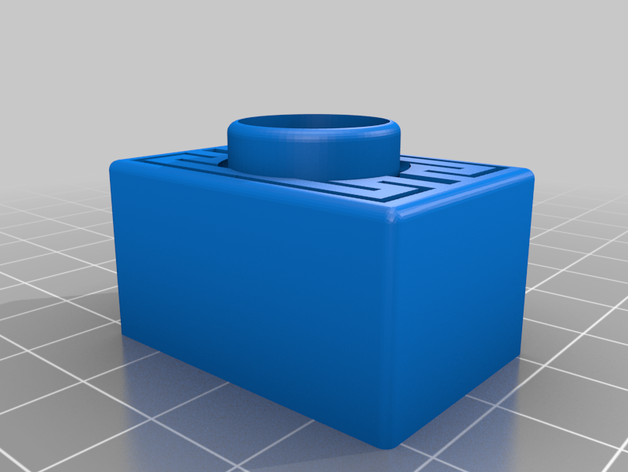 Simple accessory for your Wyze sense to make it function like a button. It is important that you use a weak magnet. I used one similar to these. https://amzn.to/2BdmMO8 message me with any questions. I hope to continue to improve on this...

I hope to make improvements to this design over time.

Thanks for sharing. That’s a really cool idea!

Love it! For cosmetic purposes, it might be nice to design it in two pieces, so that there’s a solid piece of plastic (with a round hole for the button) as a top layer. It would just look more like a traditional button that way.

Yeah I had a similar thought. I also want to make a bottom plate so you can easily mount it to something with screws or double sided tape. However if using tape it may be easier to just stick the sensor where you want it and slide the button over it. Sense you responded how do you feel about Wyze actually working with makers like myself to make official accessories. At least if I mass produced them myself allowing me to sell them on their site?

But if you’re talking about 3d printing stuff yourself and selling it through them, I’d be surprised if they’d go for that. 3d printing is great, but it’s not really suitable for mass-market products, It’s a bit too hard to control quality, and the quality of the finished item isn’t the same as something injection-molded. It definitely has a place, I’m just not sure if Wyze’s official shop is that place.

If I didn’t understand the question correctly, maybe you can explain a little more. Haha.