But how can it notify the server if it has no power?

All the server could know is that has lost connectivity with the plug, and that is already shown in the app as “Offline”.

To do this, you would most likely need a central hub. Personally, I would like a central hub instead of assigning 100 IP Addresses but many here seem to oppose them.

The App will show if it cannot connect to a device though.

No, to a central hub. There’s a single point of failure that affects everything. You also lose the users who only want one or two cameras, the cost of the central hub makes it an expensive proposition.

When I lose power my phone company sends a text message about the disconnect
When it reconnects, it sends another text.

What about the cost? $0. I use Google voice that routes through IP to my house phones.

That’s interesting. How does the phone company know you lost electrical service? They have business tie-up with the electricity supplier? This isn’t something a normal household has.

The App will show if it cannot connect to a device though.

The Wyze app already has that feature, sets the status to “Offline”. Why add a hub to do what is already being done?

I paid little for the box and hooked it up. No maintenance fee. I used the Google number I used as a second phone for my cell. No annual costs. 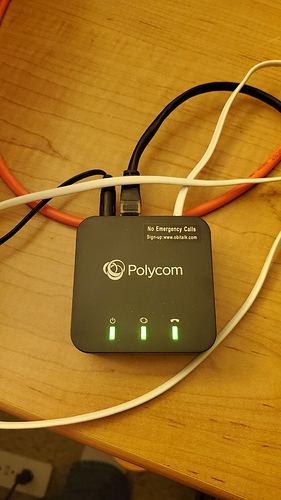 The Wyze app already has that feature, sets the status to “Offline”. Why add a hub to do what is already being done?

Sounds like we need the app to alert us of a connection failure, with this already in.place. not just a passive indicator.

Is there an alert option when it goes offline? I have an outlet that serves a fridge that randomly every 4-6 weeks just pops the GFI. I want to be alerted so I can re-set it. It is in the basement and it can be days between visits downstairs.

Wouldn’t be too tough. It likely already pings the server every now and then. If the server hasn’t heard from it in X minutes, it’s offline.

That’s not what the user asked. He wants to be notified if there is a power outage.

As I indicated, the current Wyze app already indicates if the plug is offline.

The app indicates it, but it doesn’t send a notification based on it, as far as I know.

Still, that’s not what he requested. The event he’s interested in is power outage, not lost connectivity.

There is a device out there called the iSocket 3G that does what the user is requesting. It is significantly more than a Wyze plug and requires its own Sim card but it appears to do the job.

I would be happy to get notified of a connection issue instead of a passive alert. I have UPSs for power failures.

Without a backup battery built-in, it obviously can’t send an alert when it loses power, (And even with that, it would probably be useless unless your modem has a backup power supply as well) but lost connectivity would at least alert you of a problem.

@Rob, I get notifications from my SmartLife app when my Teckin plugs go offline, so this should be feasible for Wyze plugs as well. Please comment and vote on this topic in #wishlist. Maybe it should include all Wyze products.

A feature I would like to see is to get an alert notification if my camera is disconnected/switched offline outside of manual activation in the app. This would help in cases folks could be alerted to power outages or at least get a heads up if someone/something potentially unplugged the camera. [Mod Note]: Please note that this wishlist topic is not limited to cameras. It covers all WiFi-connected Wyze device types.

Here’s how I solved the push notification issue

I think a real-time alert might be a bit tricky. If the plug/camera is unplugged instead of a power outage and if there happens to be an internal battery/capacitor, it would be pretty straight forward. However, in the case of a power outage, the server reading activity may cause problems like if the connection is slow or spotty. The device could save that it is losing power internally and send that when it regains power but that wouldn’t be real-time.

If the devices do ping the server regularly, they could send a loss of activity notification and let the user set a duration of time that they are fine with being notified in. I.E. the device normally pings the server every 5 minutes and the user sets the activity lost duration to 15 minutes then the server waits for 3 missing pings before sending the alert.

@Rob, I get notifications from my SmartLife app when my Teckin plugs go offline, so this should be feasible for Wyze plugs as well. Please comment and vote on this topic in #wishlist. Maybe it should include all Wyze products.