As a work around, get tiny cam pro from the Amazon app store. It will cost $2.99 but has support for wyze cameras. With this app I’m able to successfully run the camera for days at a time, and can show multi cameras on one screen or manually toggle between one camera at a time full screen, or the app can automatically switch between cameras full screen at a configurable interval. Here are some samples 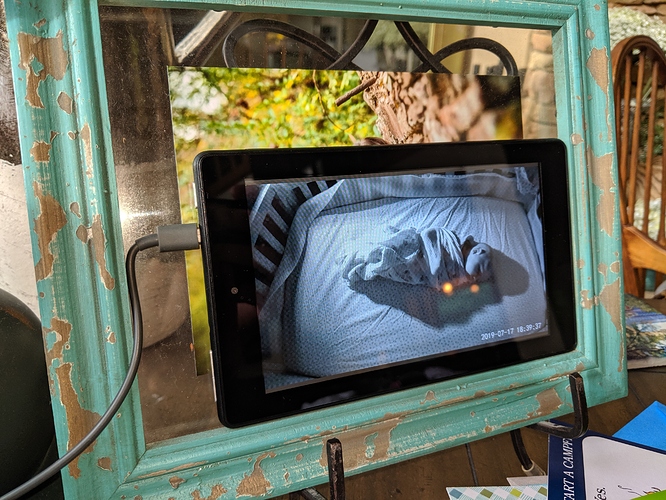 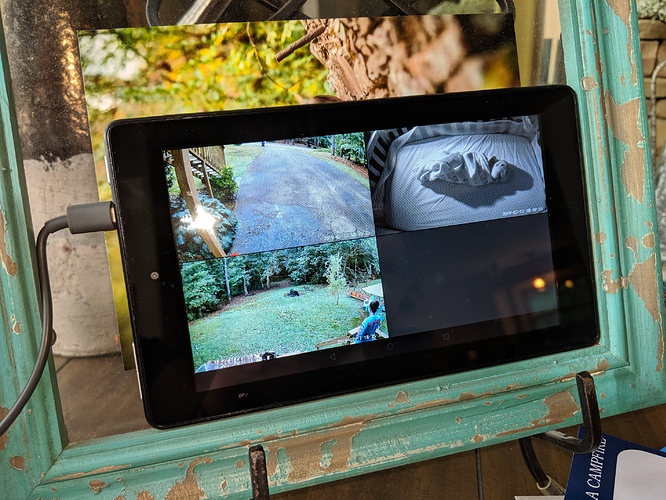 I am also voting along with hubby! That’s two more to the count! We just purchased an echo show and would love to see the cameras on there. Thanks!

Please add the Wyze app to the Amazon App store. I would love to use my Fire Tablet to view my wyze cameras and sensors. It is currently the cheapest quality 10" tablet.

Another vote for an Amazon app without time limit

Just voted for this feature! I bought a sweet Wyze webcam for my 80±year-old parents who only have Amazon Alexa devices and an Amazon Kindle to run them. PLEASE PLEASE PLEASE make a Kindle app!

(BTW did this feature get moved back to #wishlist from #roadmap, since January 29th?)

We split the #roadmap category into #wishlist and #roadmap a while back so better differentiate requests that are actively being developed vs just possibilities. I think that’s what you noticed. You can read more about the categories here:

How to Use the Wishlist and How to Read the Roadmap

I can say “Alexa, ask wyze to show dining room camera” and it displays on my Echo Show 5. So I am wondering if your have the Fire Tablet 8 or 10 and use the Echo Display stands, if it will work there as well. Should basically be an Echo Show with an 8 or 10 inch display at that point.

This is an example of the case: 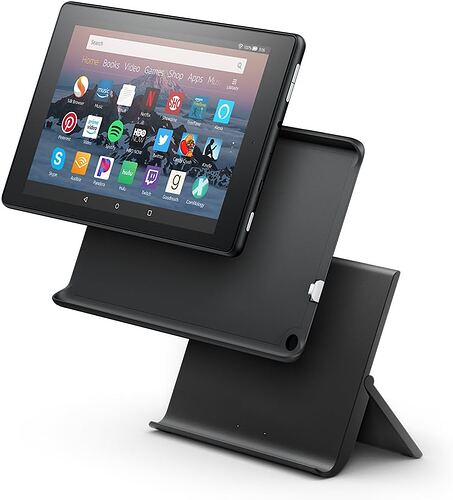 Now if I could only tell Alexa to show a Wyze Camera Group then I would be good to go.

Another vote for the Amazon/Kindle app store support! Purchased a kindle for dedicated support for the camera to use as intercom.

You guys are amazing though. Rave about you all the time.

Amazing. Thanks for this.

Yes this needs to be on the kindle amazon store. Im using the wyze cameras as a baby monitor and the 10 minute timeout on my echo show or fire tv is terrible. Would like to leave an app running on my Fire 7 tablet on my Nightstand instead of leaving my phone running the app all night long.

What is the status on this? Crazy cheap amazon tablets for Black Friday. I would like to use as a baby monitor and keep the app on at all times. Wyze any updates?

I don’t see it mentioned here, but the WyzeCam app works fine on any recent Fire tablet that has support for the Google Play store added. I have it open on my 9th gen (2019) Fire 7 as I type this.

If anyone wants to go this route, these are a good set of instructions for doing so:
https://www.androidpolice.com/2019/07/25/install-play-store-amazon-fire-tablet/

These are a slight improvement on the instructions I’ve used on several Fire tablets, as they include the tip about disabling auto-updates for apps that exist in both the Amazon Appstore and the Google Play store (such as the Alexa app).

If the WyzeCam app doesn’t use any Google services, it should also work if sideloaded alone (although then updates are something of a problem).

What’s the status here? Not everybody wants to mess with G store.

It is marked as “Maybe-Later.” This means they are not pursuing this wish at this time.

You can install the Google play store by following the instructions on this website https://www.google.com/amp/s/www.howtogeek.com/232726/how-to-install-the-google-play-store-on-your-amazon-fire-tablet/amp/

Once it is installed you can simply download the wyze cam app and run it. I have done minor testing on my device and it has been working great.

I have loaded Play Store and the Wyze app but get a 20 second delay as well as it frequently returning to the Home screen and not staying on the video screen. (Pulling the same feed up on an Android phone at the same time results in no delay at all yet 20 second delay with the Fire tablets)
I have multiple Fire tablets as dashboards in my home and so far its not working out too well… I too hope for a native Amazon App to get better support/bug fixes…

So here we are almost 18 months after my first post. Looks to me like there is significant interest in this. And that’s not counting people who are interested but don’t post. How about a beta version at least? You could pair a Wyze Cam with a $30 black Friday Fire tablet on Amazon.

YES PLEASE! Really waiting for a native Amazon app for this camera. Thanks.

How about Wyze do it for free, as a gesture of goodwill for exposing our personal data on the Internet.

Yes, please add the app to the Amazon App store.