Let me revise that, I just Checked APKPURE and they’ve updated the site. V2.9 is there now! 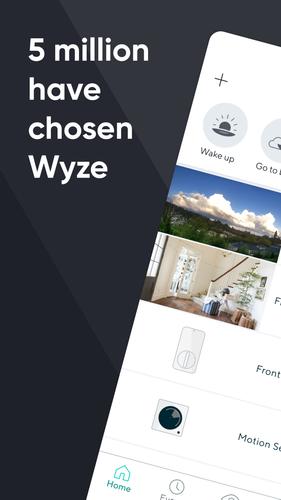 Wyze 2.35.0.88 APK download for Android. The Wyze app is your gateway to a smarter life and a safer home.

v2.9 was there when I posted the link to v2.8.
The link was for people with older versions of Android that may not run v2.9. Chances are v2.9 will work fine for them too though.
Google has some odd rules when it comes to app development.

Agreed, I checked the site on the 13th, and it was still at 2.8. Just wanted to be accurate in my reporting…
I was just surprised that the play store was refusing to recognize anything at Android 10. Weird…

And, I’m not in a position to spend $1100 for a new phone just to get a higher version of Android.

There are quality Android 10 phones that can be had for less than 1/2 that price.

Hi @WyzeGwendolyn – need some of your great skills

Wyze has earned some trust, so not implying nefarious intent, but Wyze shouldn’t be doing ANYTHING with my other apps

Thanks, that is helpful advice.

I downloaded v2.9 from apkpure since the Play Store indicates the Wyze app is not compatible with my Android 6.0.1 tablet. The Play Store did not offer an older version to download. V2.9 installed just fine (sideloaded) and appears to be functioning OK. What is wrong with the Wyze settings in Play Store?

Regarding the Play Store’s 2.9’s “isn’t compatible with your device anymore” message…

Why the heck can’t Wyze just respond with:

If two, a Wyze site to download the APK would be fair.

It’s that simple! Thank you.

What were the devices you were unable to install it on and what happened when you tried?

I edited my post but I made a Boo Boo first time on the Android version 6
it says “This app isn’t compatible with your device anymore. Contact the developers for more info”

It seems to be an issue with tablets, from the times I have seen it brought up it is always a tablet.

It is the tablets.
I installed all new apps on these devices in the past to see if they will work but this is the first time I’ve had this problem 2.8.24 works on all of them

Can you hold off for a few days?
I’m sure Wyze will fix the problem when things get back to normal.
In the mean time stick with 2.8.24 or sideload 2.9.29.

Seattle is a scary place to be right now.
I suspect Wyze staff has other things on their mind.

I just found out about this today when I made a separate thread. So this is the new person detection? Can I update my cameras now and still keep person detection? I still haven’t updated them since late 2019 when it was announced that the previous person detection technology was going to be removed.

I remember seeing that post about a month ago giving status updates on the new products/services that Wyze was releasing this year and in house person detection was still a couple of phases away from being released. Now all of a sudden we have person detection?

There is a slow rollout of the functionality going on. So even though it’s not technically a beta anymore it’s not yet fully available. There is a wait list you can sign up for somewhere in this forum.

The waitlist link is right in the top post of this topic.

I bought 4 WYZE Plugs and noticed the same permissions issue. The App wants access to pretty much everything on my device then the ability to access my WiFi. Not sure I’m interested in an App that can read/write anything on my device then access my WiFi. Also, not sure why a plug or camera, etc app needs these permissions at all. Had a good chat with support and they affirmed that the App has these permissions. Looks like there may be ways to tweak these permissions but tend to agree with HealtyGrain and other customers as to why these are here in first place? A non-tech savvy customer may not be aware of all this and simply install the App without being aware that they have now given the App access to pretty much everything on their device along with WiFi.