Wyze app versions 2.11.40 for Android and 2.11.41 for iOS are releasing today! We made some big changes to the UI in the Events tab, added a new open/closed door status notification for Wyze Lock, and fixed some bugs. 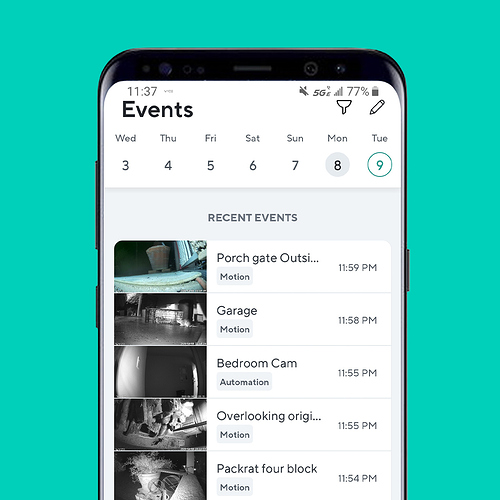 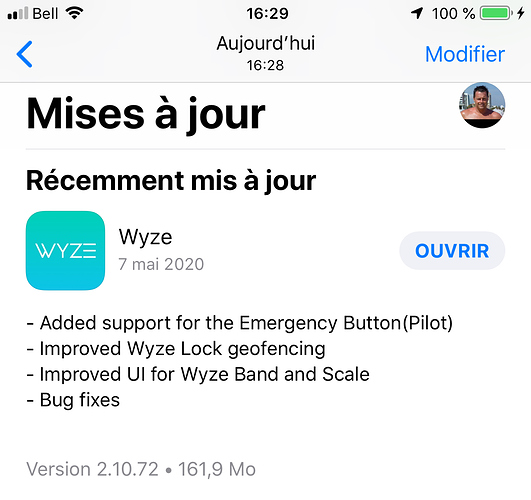 Now it is the good one. I don’t know why it has installed an old version before the new one🤔 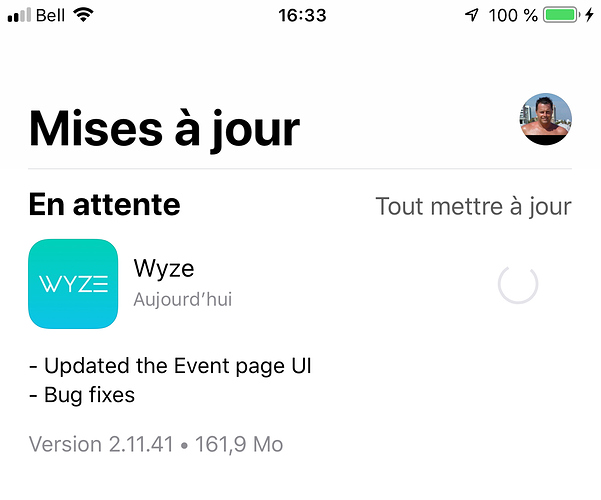 Your Identity??
Your Other Apps history?

how do these permissions fixing the Bugs?

The header on the Events page still scrolls out of sight, as it did in the beta. This looks goofy and means you have to scroll back to the top to change filters and/or date.

Now consistently DOES NOT ROTATE to fullscreen Landscape in any access case I listed previously. I’m guessing this is an “improvement” from the dev’s POV - establishing consistency before tackling app-wide Landsape orientation, maybe?

Since Android app v2.1.31 I’ve noticed something about zooming with a double-tap on the image face.

Before : a double-tap would zoom-in to the maximum, with the the point of zoomed focus corresponding to the area on the image you tapped. eg, if I double-tapped a mailbox toward the bottom left of the image, the zoomed image would be focused on the mailbox.

This feature now seems to be quite accurate again - the point of zoomed focus corresponding to the area on the image you double-tap.

And, dare I say, the app seems more robust and stable in nsvigation and connectivity all around?

Preliminary impression, but the apparent difference is marked.

When you have multiple Android notifications waiting on the desktop, EACH notification is preview-able (thumbnail of Event) by pulling down on notification body. My prior experience was that only the most recent of multiple waiting was viewable. [Later} This “new feature” has not been available since.

A half-cocked observation: Tablet in Landscape, swiping from Event to Event, each takes significantly longer to load than v.2.10.36 (that I have loaded on a virtually identical tablet in close proximity.) Also, the “This clip doesn’t exist in the cloud” error message seems to come up more often. That said, I repeat, “half-cocked.”

As to half-cocked just above - Now 3/4-cocked. Both conditions persist.

Tablet in Landscape, swiping from Event to Event, receive “This clip doesn’t exist in the cloud” message, clear that pop-up with “OK”, left looking at a “Loading” message (presumably the clip that doesn’t exist in the cloud), must hit the tablet’s global Back button TWICE to clear it, app then displaying Event List in portrait mode, at the point in the list where you clicked-to-view your first Event in this session.

The new app makes it hard to filter for people. You go clear down to the bottom and put a checkmark in until it to apply. It was much easier in the app.

Yeah I couldn’t figure out how to filter for people only at first either. It would be nice if they moved it to the very top…I thought filters for sound and motion was going to get added eventually…I guess they’re still in development.

Also, it’s not that obvious to see which event videos you have already viewed. Bolded text for unviewed videos was much easier to distinguish from this light grey and white background. Or make the viewed videos have a much darker grey background. The green person highlight is a nice touch though.

I love the new app style! I also like how you updated the picture of the Wyze App when viewing it before downloading in the Apple Store. Not sure if it is the same for the Google Play Store. I did want to mention 1 picture that stood out to me. 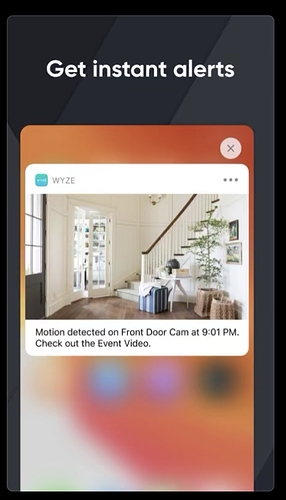 I don’t know about anyone else but my camera take 15 seconds minimum to send a notification. To me that’s not instant. Just saying maybe you shouldn’t put that in there. No reason to get users hopes up.

Yes, yes, yes, « all » the issues that the May and June updates have created, are fixed. I can use the grouping again. This version is more fluid than the 2 previous ones. The speed for live viewing when cams are in groups is not as fast as when they aren’t but it is better than the may update. In grouping, there is a 3-4 secs delay before the cam auto-switches from 360 to HD. The time before accessing viewing the playback, is nearly instant. After May update, it took 8-10 secs and the firsts 4 stepbacks took around 3-4 seconds each.

For the unexpected shutdown of the appli, it seems to be happening less frequently with this update. I will see after using it frequently. When switching to landscape, no freezing at this time like the May update.

Very happy of this update. My esteem in Wyze has just risen…I only have cams. The lasts 2 updates were a pain in the ass.

When you delete an event after watching it, you have to refresh the screen if you want it to disappear. If you erase events with the pencil, above, no need to refresh next. In previous versions, no need to refresh at all. According to @Seapup, this glitch is not happening on android, only iOS

I guess you all didn’t like the filter tab under Events for Motion/Person? I used it regularly. Now I can’t because it’s gone.

You now access filters by tapping the filter icon in the upper right. Person filter is at the bottom of the filter list.

You can use it but there are more steps involved in using the filter. Personally I don’t like that it’s not there anymore. While it’s still accessible it was much easier before. Wyze I encourage you to bring it back.

Yes but it’s not as easy to use as before. I liked having it right there where you could easily hit person to filter out all other motion.

It was easier for me also. But I’m quickly getting used to the new UI.