same thing here, had the car in the cart 5 times and failed every time. ridiculous.

What did people think was going to happen with a wide customer base and a very limited offering?

The math shows that there are going to be a lot of disappointed people out there. Though some were disappointed as a result of their lack of ingenuity.

At the top of each hour, we all knew that there would be an onslaught of customers all trying to buy one of only 500 cars.

The slow internet activity shows you the pressure that was in play.

Thousands of people would try, but most would fail.

Customers who were able to get the item into their cart stood a much better chance at purchase. Any delays in the process though, reduced their percentage of success dramatically…

People that had multiple opportunities with the car in their cart have no right to complain.

Their failure to think outside of the box cost them their car. This happened to me twice, and I knew a different strategy would need to be put into play.

Once I had the item carted, I waited. I did not try to move forward and have some delay cause the item to be sold out, by the flurry of action going on around me.

Instead, I waited till the next offering. With the car in cart, I was patient. pPlaying the long game was the strategy that would bring me success.

As soon as the time was close for the next hourly surge, I moved the item in my cart to the purchase phase.

Then when the hoards were all pounding at their keyboards in an effort to cart one, I hit the pay button and the purchase was mine.

I advised 4 other people of this strategy and they all have made a subsequent purchase. Two of them had even made two purchases.

The architecture of the internet and the point of sale processes are not designed to handle the amount of sales that were attempted.

The marketplace does not build their infrastructure for the rare onslaught that happens during these types of promotions.

Nor can the brick and mortar operations control the runaway crowds on black friday.

Instead, be creative. Don’t keep doing the same thing over and over again, and then complain about the poor results. Especially when you know that this strategy isn’t working on multiple attempts.

Limited numbers means limited success. More people will be disappointed, than be successful.

Just wait till next time.

There will be new promotins.

Thank you! I said something similar on another post and some person just went off on me.

I had a slightly different strategy. The only time I refreshed was right before it went live. I waited out the black bar for each step, rather than refreshing.

I even had to confirm my address. I didn’t have the option to use Amazon pay. I used a cc. I figured PayPal and Amazon are redirects, so no way was I going that route to make the process longer.

I got one at 7 pm central time. First attempt of the day, technically. The first part of the day I was working and missed the top of the hour by a minute or more and they were already sold out.

I get that people are disappointed… But it’s really not a big deal. If I got one I got one, if I didn’t I didn’t. Sure I’d be mildly disappointed but the amount of vitriol being slung at Wyze for this is utterly ridiculous. Frankly, these people are acting like spoiled toddlers who didn’t get the shiny. Someone should tell them it’s not a good look.

Also to those it concerns: Don’t bother trying to ‘come for me’ if what I’ve said makes you feel some type of way. You’re responsible for your own reactions and feelings.

This is a forum. I am not horrifically angry, I am expressing my disappointment in the way a company marketed a product, and then did a poor job of following through on the payment part of the equation.

Someone stated they had 7 items in their cart and other people had purchased them multiple times. They should have had a limit of 1 per customer, woot does that when they sell BOC. It would have given people a better opportunity to purchase one of these, myself included even though I haven’t been able to get a BOC in years. It’s easy to be a Monday morning quarterback and honestly I didn’t think they knew it was be as popular as they were.
Maybe if they release these again they will have a better system in place. Let’s be honest I don’t think I would spend all day trying to get one.

Lottery, send e-mail codes to winners with X hour expiration, repeat for any unclaimed codes until they’re gone. Do away with the Ticketmaster poaching angst that has wasted so many people’s time.

It’s not a product. It was a flash sale. It was a promotional gimmick. I look at all the failures you list and don’t think you were actually using the method described. You were likely just throwing everything at the marketplace each and everytime. You may have been taking some of the steps, but not all of them. Even with all of that said, it’s just a toy. A toy that you could have only known about for 24 hours before you didn’t get one. If you are so disappointed that you have found need to post here means that you should reassess how much emotion you are putting into the success/failure in attaining one. There are multiple people who have already listed these on eBay. I am in-fact offering mine for direct sale - cryptocurrency payments only (tracked on the blockchain).

The one per customer thing is hard to enforce, but I definitely agree. I got one VERY early but never once tried for a second one. I didn’t think it was right. There were likely 4-10 times the number of customers who desired this item than were available. I think, had Wyze limited the sale to 1 per customer (IP address, login ID, shipping address, etc), they could have limited the “crowds” but it still wasn’t going to make a dent in the traffic.

Comments are a it harsh and does not matter what was being sold it’s the point of how they were selling it. Again if you have no issue with their methods then I guess that is your take
And
You were fully entitled to it.
I did do everything properly as you were supposed to. Sometime and other times I did like you say throwing everything at it.
My issue with it similar to other people is I don’t have as much problem on other websites when they have a lightning round tape flash sale. Sometimes I get is and some times I don’t
But when in my cart I got it
Say the PS5 took me a week of trying but got it.

Some of here are just suggesting improvements are needed . Yes I am a bit upset but that does not mean I need help. Was upset for a day now moved on.
But moved on means giving suggestions for next time ( that and that is part of my current job duties to seek flaws and fix lol)

For sure the one per customer is definitely hard to enforce if not impossible
But a bit better would be once you have it in your cart it’s locked for a period of time. I might make the overall process longer because they were wanting to do this once an hour but would be a bit better.

I definitely would think it would be a bit better as yeah almost every hour I have it in my cart just issues with going through Amazon pay and PayPal and even adding the credit card information to my sign-on account.
Had no issue getting to cart just paying was issue.

It’s not a joke – I’m one of the 5,000 who managed to order one. Your other questions are answered on their website, either directly in the text or by close observation of the photos. The short version is, the camera plugs into the car and is powered by its battery; the car also creates its own WiFi hotspot to which the camera connects, and to which you join your phone. The control app receives and displays the camera video while sending controls to the car. 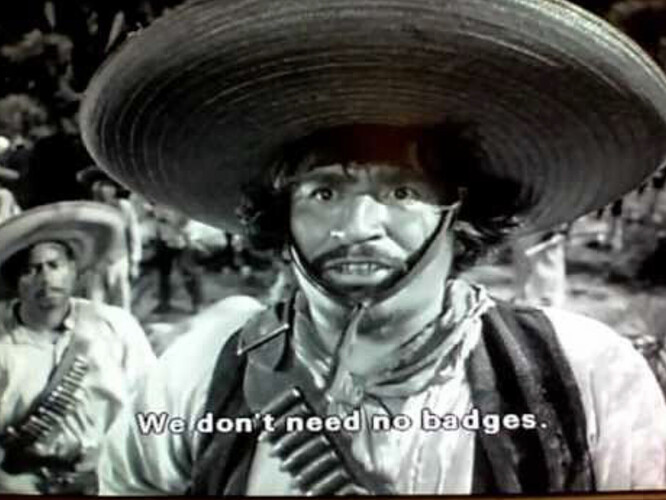 If you were talking about my post, just to let you know, I had one in my cart seven times, not seven in my cart at once. I was not able to check out at all.

More like a major failure. I’m happy for the 5000 people that were able to snag one, but there are A LOT of pissed off people. The Wyze website needs an overhaul. 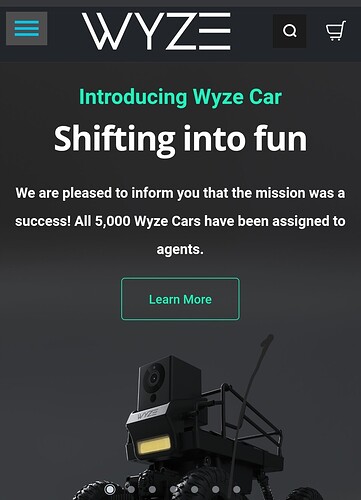 For everyone commenting on these boards saying “I don’t think this was a real product or it was just an April Fools joke”, it’s almost impossible that it would be a prank.

Why? Because they actually charged customers money for it and if they did that intentionally that means they committed a crime. Anyone disagree with this? So I can’t imagine they would take the chance of being sued without a real product they were selling.

No doubt it’s a real product. It’s just the way the released it was really frustrating and that was the prank. They should’ve used a better cart system that prevented customer frustration

Agreed, I had one in my cart several different times with several hundred left to sell (all happening with two minutes lol). Which means they weren’t using a true “cart system” where once you have one in your cart it’s yours for a certain amount of time. 'it’s just sad that they pissed so many people off.

Real—I was able to order one, not a joke! Can’t wait for it to get here!!

The car is real, but many people bought it so it sold out fast! There’s still some contests to win some cars. More information here:

[core-smaller (1)] Wyze Car is launching for today only! We have a very limited amount of hardware and wanted to do something fun for our customers. We’re selling a few hundred every hour until they’re gone but the Community Managers at Wyze were able to get our greedy hands on some to share with you! Our Facebook Business page, Instagram, Twitter, subreddit, and Facebook group all have different games with giveaways for this hot, hot product. Check them out! So here’s the forum game. We want…