I am experiencing a drop in the video image quality, something that was not happening 24 hours ago. Please take a look at the attached video - it looks as if it was raining, but it was not. Not a drop of rain. This is with the night vision turned off, which is the way we have been running v3 since we received it in January without any problem, up until about a few hours ago.

As a matter of comparison, I am also attaching a video with the night vision turned on. This looks much sharper, even though you still see the fuzzy pixelation.

What is strange is that this image issue was not happening last night. The night-time image just 24 hours ago was as clear as crystal with the night vision turned off, not at all like the attached video.

By the way, I have already performed the (Auto) - (On) - (Off) cycling of the Night Vision Mode. Made no difference. The same with rebooting the camera, force-stopping the app, even uninstalling and reinstalling the app. No difference. I had the latest regular firmware, until I tried the latest beta firmware (see below) to check whether that would change things. It did not.

There has been no difference in the Wi-Fi coverage, either. We have mesh routers, one of which is directly above the camera, about 10 feet away. The camera has been getting at least 200 Mbps of bandwidth.

Any theory as to what may be happening? Thanks in advance!!

im not able to play your videos for some reason. I hit play and they flash, but nothing plays. I’m going to have to wait until I get home to check these out and see if I can get them to play on my home comp.

I had the same problem after posting, using the latest version of Chrome. On Firefox, both uploaded videos in my posting showed up fine, by the way.

Microsoft Edge also has a problem displaying the videos. Try Firefox if you can. Thanks.

sadly not available on this particular comp. ( not mine)

Quality looks okay to me, despite the heavy greenish cast. See detail below. The “rain” is just the excessive pixelation from the overly aggressive compression codec used on the V3 - lots of complaints about this on grass and foregrounds. I wish they would fix it. (I don’t have a V3 yet.)

Possible that the lingering daylight as the days get longer has started to confuse the camera a bit, which could explain things in your case.

FYI I can play the videos fine in mobile Firefox but not Chrome. Kind of refreshing actually. A lot of stuff won’t work right in my desktop Mozilla based browsers. 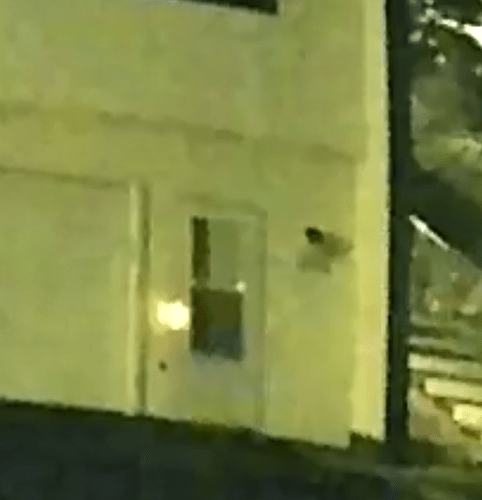