Any help here , thanks

It is so strange that the quirks arent the same even on a different brand card that is the same size. I 1st tried a 512gb Nuflash. It would not go past 32 gb and it would stop recording period. No erasing and recording over old footage. I took it out and put a Samsung Evo 512gb in. It is recording up to 43gb and erasing back to 38gb automatically and keeps doing that over and over, but at least it doesnt stop recording.

Wyze is working on fixing this. Latest update given was this:

WyzeGwendolyn 6/30/22 just after 4pm PT during the Wyze Fireside:

So, what’s going on right now is our platform isn’t quite set up for being able to see video that goes super far back.
…
So what’s going on with that now is that we are reworking, the code. So we have some internal versions that are going into QA testing now.
…
And if the QA testing goes, well, we’re going to send that out to beta. So this is an issue that we’re aware of. We are working on it. It got a little muddled because technically, this wasn’t a bug fix, but it was important, and so we have been putting efforts into reworking our firmware, and our app to be able to better support these larger microSD cards. We really appreciate everybody’s patience and thank you for making sure that we knew that this problem existed.

Thank you carver . That was back in June , I assume you’re a Beta tester and have beta tested it ? Do you have any idea when it would be released ? Really need my v3’s to have bigger sd cards

I have not tested any of these fixes. We have had reports from some people with V2’s that 256GB cards are now working. in those. I don’t believe the V3 fix has been released to the public Beta yet.

This is a common misunderstanding from people in general. There are 2 different ways to count the storage space…Gigabyte is using the decimal system, so a GigaByte (GB) is 10 to the 9th or 1,000,000,000 Bytes; while a Gibibyte (GiB or just G) is using the binary system and is 2 to the 30th or 1,073,741,824 bytes. There is a 7.4% difference between the 2 measurements, but they’re basically the same.

Usually SD cards will advertise in GB or Gigabytes because of the way it rounds off the data it looks like more space, but they’re technically rounding off higher than it really is. 256GB is more accurately stated as having 238.4 gigs of space available when you’re not rounding off in decimal system. It’s almost deceptive that they claim to be 256GB, but we all understand better with the rounded decimal system instead of literal binary…but in reality, almost all files are shown in the binary system, not the decimal system, so people get confused when they see a file shows how big it is in binary-ibibytes, but then they are trying to think it’s being shown in decimal-bytes when files and folders are rarely shown in decimal-bytes…only the storage capacity.

In this case, Wyze is using the more precise and accurate format as they should.

This is a very good thing. We honestly wouldn’t be able to really trust the data if they were using GB instead. It would be confusing.

Though it’s a lot cooler to say “YodaByte” than yobibyte…so I can see the attraction to Decimal system myself! 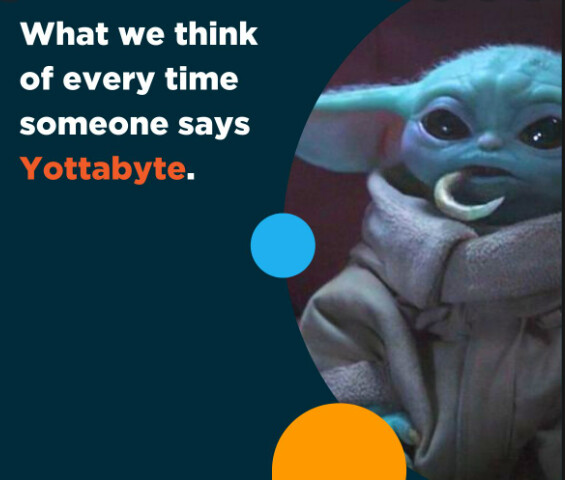 Yep 238GiB on a 256GB card. Same amount of space technically. Just more convenient to speak in terms of Gigabytes even though it’s not quite right.

Thanks! I thought you might be one of the people to appreciate the explanation

Very interesting, knew there was a difference between giga and gibi, but never really looked into it. Good to know!

FYI @Rulwiz the fix for your 256GB is finally in public beta! If all goes well, it will be launched to production for everyone else soon! You’ll soon be able to use your full 256GB!

This firmware should support the 256GB SD card. If you find any issues related to the SD card, please let me know.

Awesome , thank you for the mention !

Hi. Is the 256gb limitation fix close to being rolled out? Thanks!

Yes. It’s currently in beta, and will be releasing to everyone soon!

I have been testing the beta against another cam without it. Both have 256GB HE SD formatted by the cam.

With the Beta FW I am still building time since switching from the SD shipped xFAT to the cam formatted FAT32. I currently have 138GB recorded in HD @ about 15 days continuous. Still testing.

With the current Public FW, I am stuck at just over 83GB and about 8 days.

The Beta is in it’s 4th build test. You can follow the progress of the V3 Beta FW in the V3 FW Beta Release threads:

Recording in HD continuously, video can be accessed back 24 days, 8 hours, and 20 minutes.

Almost ready to push the FW to the rest of it’s V3 buddies!