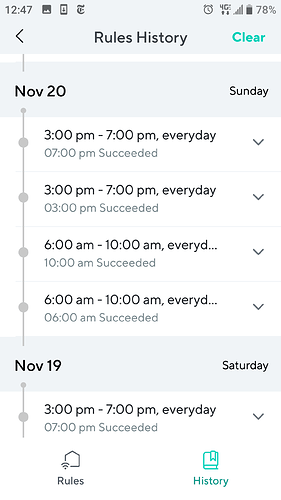 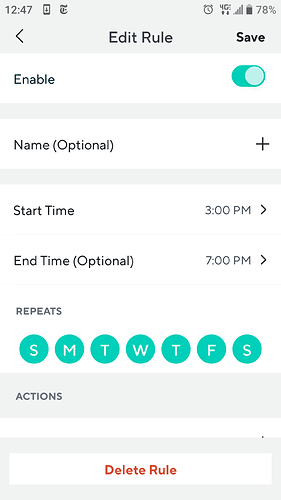 Your rule shows no actions to take, like turning off motion detection.

Post a screenshot that shows the actions listed or a screenshot of one of those completed time blocks expanded.

But, when you set a rule with a start time and an end time, you only want ONE action for each cam function.

So, if you want it on at 3 and off at 10, the one action you need for that cam is “turn motion detection on”.

If you have both the on and the off action in the rule, it will do BOTH at 3 and again at 10 in no specific order. Rule actions are blast mode with all actions being executed at once. No telling which action would win when the cam gets both commands at once.