Up to no good

After my Outdoor cam failed to engage motion detection soon enough to capture someone prowling the common area walkway behind my condo, I adjusted the angle of the camera upward to resolve the issue. At least I got a decent clip of his backside, the same night other condo residents had their license plates stolen and a few cars broken into.

At 5s in the clip the guy is on his cell phone. As he walks away he hangs up. At least that’s what I’m seeing when I slow the video down. 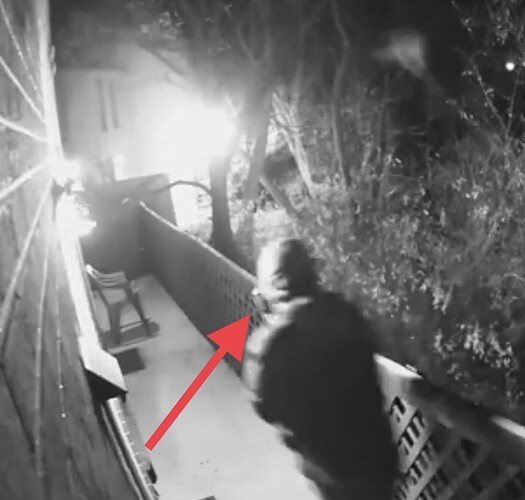 Nice catch there, I’ll have to experiment with slowing it down. The main reason I think he was casing the back of the building is that the only staircase up to the deck is nearly impossible to see from any sidewalk or normal path. But now I wonder if he was seriously lost and had called someone. Thanks.