Here’s one way to turn on a light when motion sensor detects motion, and then for the light to turn off X minutes after last motion is detected, using IFTTT and Sequematic. I use Sequematic as Stringify is being turned down.

The process requires 3 actions to be created in IFTTT and 2 sequences in Sequematic.

As a new user, I’m limited to only 1 image per post, so here’s the first sequence 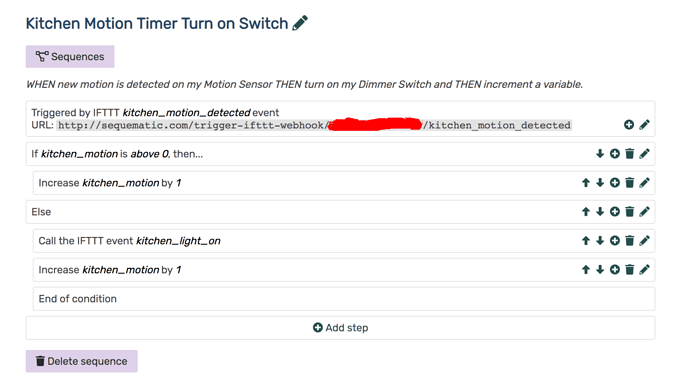 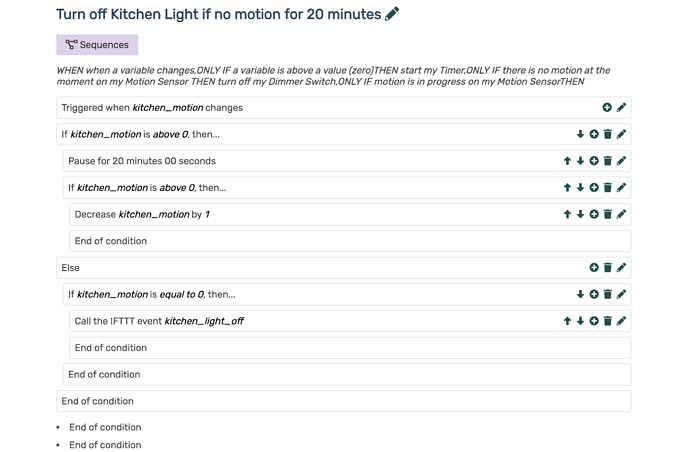 I may have to look into this, I loved Stringify, have not heard of sequematic

Yeah, I loved Stringify as well, as have been disappointed with it shutting down. Sequematic seems to have most of the functionality, and does have integration with IFTTT and Google Home. There are some bugs but they seem responsive in fixing.