I have had Wyze cams for some time now. I have multiple v2 and one v3 with multiple sensors. I occasionally talk about Wyze at work, and one of my team members bought a pan cam sometime ago.

Last night about a thousand $ worth of tools were stolen from off her husband’s work truck that was parked out front. Pan cam caught everything. Cops called. Video reviewed. Clear video images of thief’s truck & face. Shared with cops. Thief apparently lives a few blocks away. Cops visited him. Found a garage FULL of stolen items from several houses (and drugs). All tools returned, thief arrested & in custody. Neighborhood watch in his area has been unable to catch who has been stealing stuff, but Wyze lead them straight to this guy.

Of course since this wasn’t my cam, I have no images/video to post here, but I suggested she post them to these forums. Hopefully she will. She is SO glad she got a Wyze cam!!

EDIT: She sent me a photo of the guy’s white truck parked next to the truck he was stealing tools from. I have another photo that shows his face, but I’m not going to post it.

It would be great if they would post it. But impressive that it all worked out.

Great to hear. Can’t imagine how they got any face detail at that distance and lighting though. 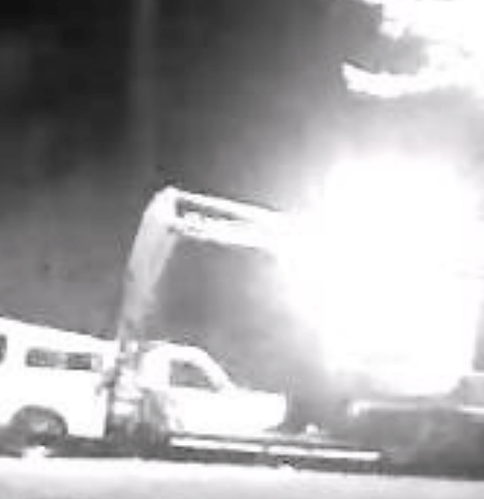 I was thinking the same thing…between distance and exposure, I’d think it’d be hard to convince a jury who it really is. Regardless, at least his truck was identifiable enough for probable cause and finding the stolen items at his house did the rest.

Pan Cam does exactly that though… so if the truck entered from either side where the light was less obstructive there was probably a better view in the turn and follow.

Mine caught my neighbor in a less than desirable event that you wouldn’t want to see happen in a residential area as well. While the v3s have better quality, the pan Cam still has the best range of sight.

Mine also caught an unhappy defendant stalking my neighbors house who is a child welfare attorney.

Happy to read the appreciation.

While the v3s have better quality, the pan Cam still has the best range of sight.

Yes, but isn’t that just left/right or up/down, not zoom in or out? It is still not better than 1080p, and the road where the crime occured is really far away. I presume the perp didn’t walk up closer to the pancam. I wouldn’t think you could get any recognizable face details at the distance (especially in night vision mode) no matter the angle. It’s the distance that’s the main issue, and nightvision/exposure second. I can’t imagine angle fixes the distance issues.

My biggest guess is that they mostly identified the truck.

Still, regardless of any of that, I love that this pancam helped her get all their stuff back! That’s the main point here. If the video is needed in court, it will all suffice because in the end the Wyze cam led them to find the stolen items in the perp’s possession. That is a huge win for using Wyze! Saved this lady thousands of dollars and more than paid for itself! Awesome story!

Yea, no zoom. I just like that it tracks cars and people passing the house and follows until it reaches the end or until out of site.

Pan/rotating adapter for all other cameras. (New Product) Wishlist

I could not find on road map or Wishlist. I have a young child and in this work from home world even more than before I use the pan cam to check in on him as my fiance and I are in the basement working. I would love to have the ability to pan my other cameras. I believe because the rotating motor is built into the pan cam you could offer a rotating mounting base. Even if it could only do horizontal panning it would give much flexibility. In fact as an add on you could move it from cam to ca…

So just imagine if you could track with all your cameras.
Imagine the outdoor with a spotlight and pan abilities.
This is a shameless way to get my idea voted up… Lol.
But I do think it would be awesome.

The perp had a very distinctive truck & camper shell, and the cops had already gotten a close face image of him stealing a porch delivery in broad daylight. This led them to within a few streets of his own home, There was also a neighborhood watch in this area that the cops contacted to show them images of the vehicle & his face. They got a warrant & found TONS of stuff in his garage & house, connecting him to several thefts.