The over all tone of your reply was condescending. My saying “fools and idiots” in my reply was an allusion to the fact that anyone has a right to their opinion, it was not meant as a direct comment on that commercial.

Now as to your point of commercials being to get people talking I think you are partially correct. Most companies advertise to entice you into buying something not just talk about it.

GM learned that the hard way by inadvertently providing the most talked about ad in Mexico and South/Central America in decades. It caused a huge loss of sales but it was certainly talked about. Turns out ‘Nova’ essentially means “no go” or something equivalent in Spanish. So their commercials for their (at the time) best selling car caused it to become the worst selling car in Spanish markets.

You also asserted that you felt the majority of people would find the commercial enjoyable etc. That is possible, I have no idea. All the folks I have shown it to so far have had at best ambivalent reactions while most have just said something to the effect of “whose kid filmed that”.

So if it is Wyze’s intention to sell products with that ad let’s hope for their sake that the majority of the camera buying demographic agrees with you.

Glad I don’t use face book and didn’t see the video. People need to get out more.

Sorry if you thought my reply was “condescending” or meant to cast dispersions on anyone or their opinion.

But standards, too, are in the eyes of the beholder, … as is the perceived lack of them. Think of the content of today’s primetime tv versus the I Love Lucy era.

The Wyze customer base spans generations. Multiple online platforms (loosely firewalled) and micro-targeting allow Wyze to be “all things to all people” to some extent.

There are some customers who were weened on South Park. And others who haven’t (and wouldn’t) watch a single episode.

Grandparents, parents, children, grandchildren. If I was something still in the womb I might be peeking out warily.

Does it matter? I think it does. It coarsens the culture without the responsibility to enrich it.

Do the hard thing, enrich it as well - that would be artful. And everything, including advertising, should aspire to that level of art.

Jerry Seinfeld was talking to Norm MacDonald about working clean. They preferred it because it was harder.

South Park creators said they stopped goofing on the President because everyone was doing it - it was too easy.

I guess laws would be formalized standards (enhanced by the threat of punishment for infraction.)

A healthy people doesn’t need too many of these. They sense the value of standards and comply voluntarily. And they welcome the “shock of the new” in healthy proportion.

By the way, it was correctly pointed out to me that my example of the Chevy Nova was incorrect. The underlying point I was making or trying to make remains valid.

Here are some better, more recent examples of the point I was trying to make. 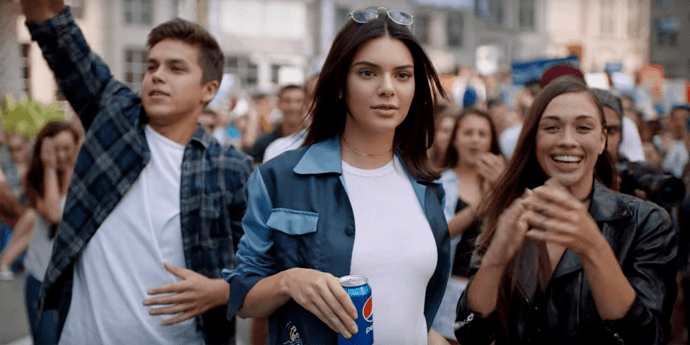 These top brands had epic bad ads and marketing failures that set their brands back. Be careful with how you handle the message of your ads.

If the tasteless add in question doesn’t violate Wyze’s own community forum guidelines, could someone post a link to the video? I’d really like the opportunity to get offended my self

This is a screenshot from the “opening” scene of Wyze’s classy video. 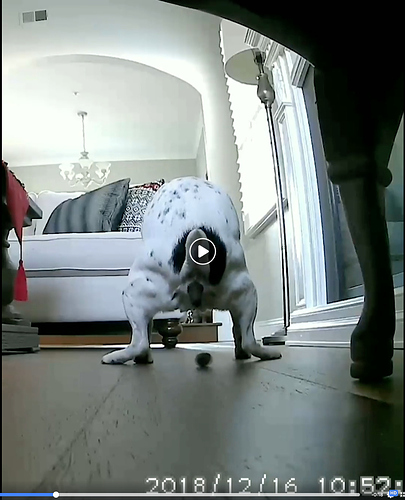 Personally, I consider 95% of all ads to be tasteless in some way. They are an assault on our senses to try and get our attention. On Facebook, I would have just hidden this ad by habit and then said “No longer show me any ads by Wyze.” Not because I dislike Wyze or their ads. It is just what I do with every Ad that Facebook shows me. None of them are worthwhile.

Interesting. It seems like a pretty good, self-regulating conversation among adults. I know there are potentially “I take offense” flags invisible to us until some threshold is crossed, so I guess that’s what you mean. It was fun and productive while it lasted.

I feel that Wyze has every right to post what ever at they think will sell there products. I have ever right to no longer buy their products.

If advertising were easy everyone would be doing… er, ah well I mean, ah, oh heck!

Just popping by to say that I’ve been sharing information about this conversation with the marketing team. And while this thread has gotten pretty close to going off the rails and a couple of posts were edited, people have generally been able to keep to the spirit of conversating while disagreeing.

At this point I won’t close this topic unless @SPC wants me to but we are keeping an eye on it.

I don’t know who thought of this lmao. It’s actually kinda funny imo

Humor involves so many subjective issues it almost always fails to hit the mark as intended. The more something appeals to the baser parts of the human psyche the more likely it will anger/please an audience. The trick is to have your desired audience agree with your desired interpretation. Nothing in the ad falls into the truly awful or morally reprehensible areas.

In the end the market will determine if the ad was overall a good thing or not for Wyze. But it is educational to see the interplay in threads like this. People tend to get upset and respond in that vein as opposed to what was actually said. That fact is humorous in a whole different manner.

I learned everything I needed to know from this thread. I don’t care one way or another if this stays opened or closed.

South Park is famous for its scatological humor. It is also famous for “taking no prisoners” (taking all topics to illogical extremes.)

By the way here is an example of an advertising failure playing out in real time right now. I predict this will actually end in criminal charges. 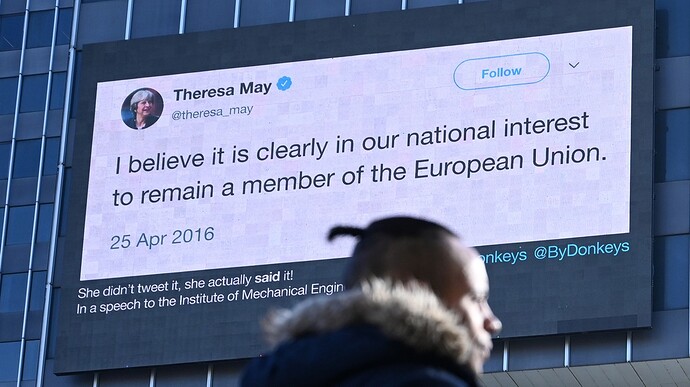 Twitter Is Joking About How Much it Knows About You

Dear Twitter, do you actually remember all our tweets?