I have a lot of sensors (8 motion, 6 contact). Most work flawlessly. Others are just a pain. They all have triggers in place to turn on a bulb or outlet. Most of those are set to only trigger during a certain time. Usually that works fine, but a couple of them just won’t function correctly. Yet when I turn off the time condition, everything works. Anyone else seeing the time function on a trigger not working?

I had a bit of trouble. But it was my house. I had the bridge in the basement where the theater is. I have extra thick concrete foundation for tornadoes and very dense sound proof, fire proof insulation that is rock based not Fiberglass in the ceiling to keep the noise down there. I got a 2nd bridge and put it on camera on ground floor and zero issues.

How’d you buy a second bridge? I only see it as a package with other things I don’t need now.

That’s how I bought it

So you had the same trouble with just the time function? I don’t know why it would be the bridge if the trigger would still run if time was off. Shouldn’t it. It work at all if it was the bridge distance?

If you look you’ll see how strong the signal is from bridge to sensor. By putting a bridge on the ground floor i increased that strength so it works all the time not intermittently. 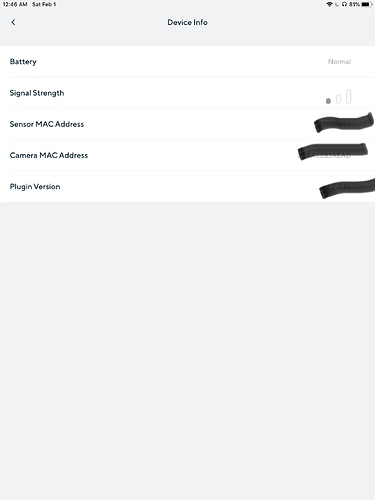 See I need to move this one to different bridge to get better signal strength.

I have full bars on all my signals except one (but that one never has issues). I don’t think another bridge will solve the issue.

It can affect time. Because low signal might drop to zero at times and not send signal at all. Low signal might not react fast like full signal. Like 25gb WiFi isn’t as fast as 50gb WiFi. It takes more time for it to process. I’m not saying a bridge will fix your situation. But it did mine. This motion sensor is outside on my front porch. It was zero signal before. So a bridge made a big improvement for me. 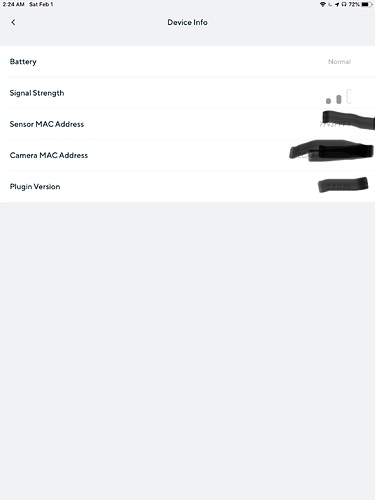 I think @paindonthurt is on the right track with the second bridge suggestion. I’ve had issues with devices in my in-laws and my own homes which were helped by adding a second bridge. Location of bridge and signal blockage by things like walls or even a cam cover also effect its function.
Another item that I’ve noticed but is as of yet unproven is aftermarket battery performance. I’ve replaced ‘Normal’ batteries in some of my problematic devices with name brands and seen definite improvement. Ithink the battery’ meter’ function in the sensors probably has room for error.
The time function only error is intriguing - i am assuming the path for time would be app-to-server-to camera where it picks up the time, since you sync time by camera. Given that any factors that affect your cam signal strength could be significant. Just conjecture here. But if you do have weak or flaky signal strength to your bridge cam anything you can do to help it would be good.

I did as @paindonthurt suggested and put the bridge a couple feet away-no change. I have 3 motion sensor/bulb combos that work with time conditions cut the other 2 (the next rooms over) don’t. If I turn off the time function it works fine. Why would some sensors with time conditions work but others won’t? Tired of this cloud solution. I want a bridge.

I didn’t say move the bridge I said add a bridge. And it’s odd that 5 PM won’t work for you because I have a timer set for lights at even times and they work just fine so I think you still have an issue that you might want to talk to support about.