There are 3 eggs in the nest. Let’s hope things go better this year. This nest is about 3 feet above the ground in a crevasse in large silver maple in my front yard. I noticed it while mowing the lawn yesterday. I just needed to move a WCO already mounted in the tree.

Last year, there was a nest in a flowering crab apple tree. But a couple of days after the 3rd egg was laid, the started to disappear and the nest was abandoned. 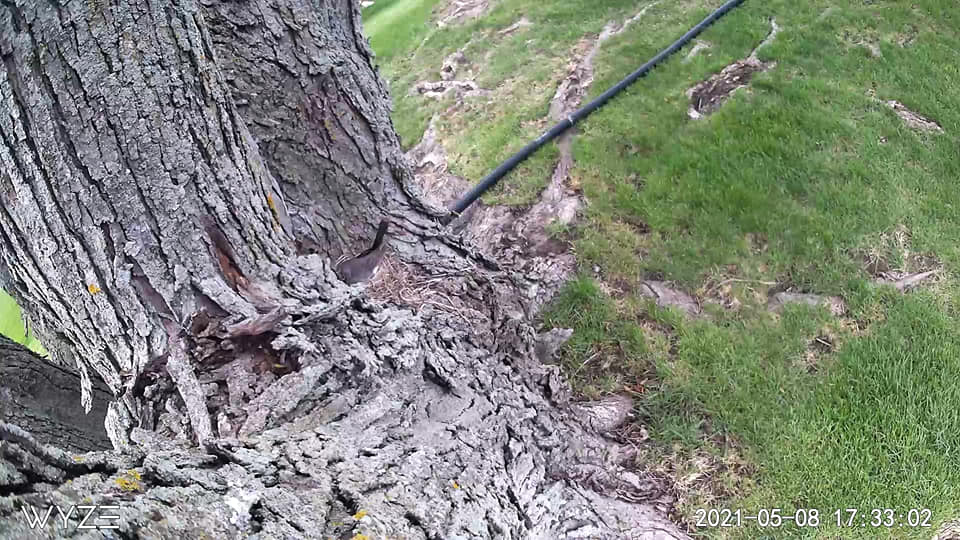 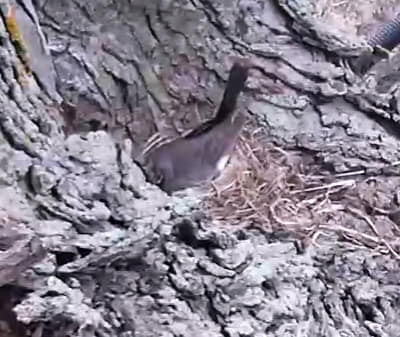 I was going to put one on a nest I have near a gutter but it’s about 25 ft up and very hard to position a camera for. So instead I might focus on the Cardinals that are attempting to build a nest in a tree by my front door

Wrong Species but “Finch slapped” would have been funny too.

That’s a good one there. Don’t mess with mama!

once I got my first belt in judo I said that to someone jokingly and my sensei overheard it…he was less than impressed…I got thrown…hard.

I learned that lesson lol thanks a lot mike meyers

Three chicks hatched on Thursday and yesterday I saw they were covered in fuzz/feathers. Here is a video of them getting fed and momma Robin doing a little house cleaning.

Final Update: Tragedy struck early this morning in the form of a raccoon. Poor little chicks never had a chance. Momma returned about an hour later, but it was too late. There were no survivors. 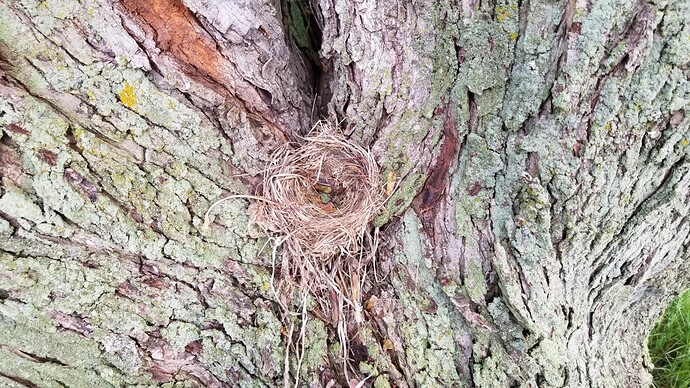 Nature is tough. My Turkey friend at the golf course had 14 chicks with her 12 days ago, now she only has two left. I saw a crazy fox catch 4 of the chicks last Thursday morning even as the mom was beating the fox with her wings.