When installing the hub I get the solid blue light confirming it is connected to my network but in the app the words “The status light is solid blue” and the “Next” button are overlapped (see photo) and I can not press either and therefore can go no further.

Has anyone else seen this on IOS?

What iPhone/iOS version do you have?

Below is what you should be seeing, taken from my very old iPhone 6 on iOS 12.

Do you have a second iOS or Android device? Try installing the Wyze app on that, and adding the Base from there.

There are two ways to add a Base – Add Wyze Cam Outdoor, or Add Wyze Base Station. I wouldn’t expect it to make a difference, but try each route. 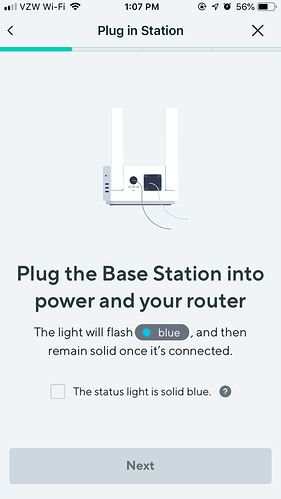 I tried it both ways. It goes to the same place.

I wanted to post this hoping Wyze might want to fix it but that’s probably wishful thinking.

I’m sure Wyze would like to fix it, but I thought you might want a workaround in the meantime.

Thanks, I’ll try that tonight. Would be interested to know if it’s this version of IOS or perhaps this particular phone. I’ll let you know.

I’m on Android but when I adjust my system font size and and display size, It affects the display of the screen you’re looking at. Fortunately it doesn’t overlap here like it did for you on iOS, but I wonder if you adjust down the font size or display size and the change will unoverlap what you’re looking at so you can continue on with the setup. 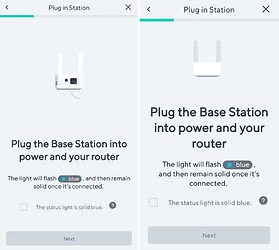 So here’s an update. I was able to install it using an old iPhone. But now that I think about it Omgitstony you could be right. It could just be the zoom or the font size. I won’t know till I can try it later… but anyway, it’s installed
Thanks