Playback from SD not working in Android app v 2.7.19

I tested this on 3 different Android phones running 3 different versions of Android, all have the same issue: playback from SD does not work. Specifically: when “view playback” is clicked and - after about 10 seconds - the green bars appear, scrolling to the green bars does not bring up the recording. The bar does move, the network speed counter in the upper-left corner suggests things are moving, but the image is static.

I have attached a few files - compare the selected playback time (green bars) with the time stamp shown in the bottom-right corner of the image.

Is there a setting that needs to be adjusted, that I may have missed? Or is this a bug? 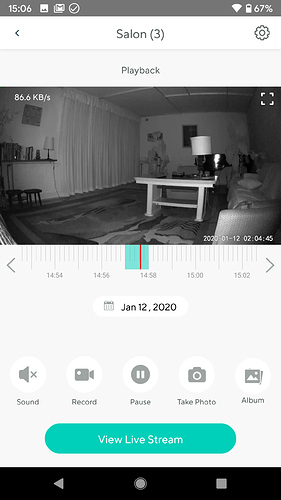 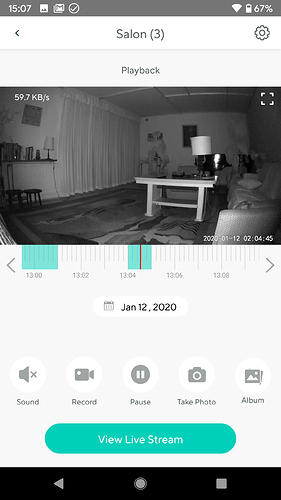 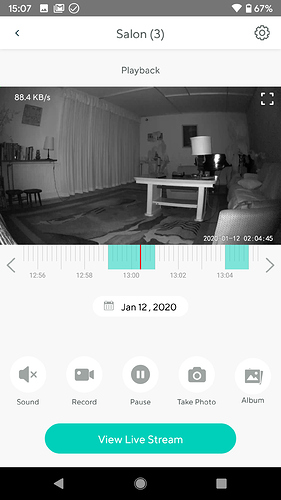 Search the forum. There’s a bunch of posts already about this feature… it’s never worked right, and wyze hasn’t done anything to fix it.

Ugh… feared so. I actually resorted to disabling auto updates for all my apps (disabling the auto-updated just for Wyze did not seem to work for whatever reason) and I keep the one version that worked well for me - 2.4.82. A bit of a pain, but - what to do…

There’s a bunch of posts already about this feature

No wonder it never got fixed

Kind of like the Pan Cam motion tracking that was touted and pitched as a super impressive feature that is so wildly terrible you are actually better off without having it active?