It would be awesome to have a outside camera that would be able to withstand some water, sun, or condensation so I can have a reliable outdoor camera

Y’all are awesome!!! And thank you so much for everything y’all do!!

Loki, thank you for reminding all of the users that’s the cubes and the pan were not designed to be outdoor cameras, even though 90% of the owners probably use them as such. Most of us will continue to do so, but then again most of us will be more than happy to buy a brand new waterproof outdoor camera that has all the desire components Within its case for a small amount of additional cost. Keep up the good work my friend

I am hoping that you may have a Wireless Outdoor [Battery Operated] Camera in the works. I would like an outdoor system, without worrying about how to run wires to an outlet. I would love to have all my cameras all on one app. I really enjoy Wyze cameras they are easy set up and the app is user friendly. I use the indoor ones to keep an eye on my pets. I would use the outdoor ones, to monitor around my house, due to recent activity in my neighborhood.

This outdoor camera is expected to be dual powered (battery or plugged in).

Keep up the good work my friend

@gx1844… I created a new #wishlist topic just for you. You can vote for it and/or comment on it here: USB powered infrared PIR motion sensor. Be sure to click the VOTE button at the top.

Thanks. I’ll be sure to bookmark and follow it.

However, I must say that since Wyze has come out with their “AI” firmware update, I’m getting NO false alerts any longer! No more bugs, shadows, clouds, rain etc. It’s working extremely well…so far.

Far better than I had expected.

I’m not saying that the PIR sensor for the V2 wouldn’t be welcomed, but so far this update is fantastic.

I said to go the software route above.

As an aside, having a plug in PIR gives the option of using it / or not using, if the community still wants one. Otherwise, if the detection works, just leave it out. Cheaper to manufacture and thus cheaper to buy or same price and better parts elsewhere.

Can we have an update on possible release date for Wyze outdoor camera?

All we can say is that it’s in testing now. How that testing goes will determine how long it takes for the product to be released.

The next thing you will see is it being made available to early backers. You can apply to join that group here: EarlyBackers - Wyze Forum

Hi there! I’m new here, but am eagerly awaiting the arrival of the outdoor cameras! I saw that early backers is kind of your “preorder” which I’m extremely interested in doing! To gain access to that group, it requires an invoice number. Did I miss where we could preorder it? Or will we be approved entrance and that preorder notice will be posted there? Thanks in advance!

Just a note to let you know I’m waiting with bated breath for an outdoor Wyze camera. I’ve been looking at other cameras from Nest, Ring, Blink, and others, but none of them have nearly the advanced motion detection and recording capabilities of Wyze and they’re many times more expensive. You’ve spoiled me for all other cameras. I have a Ring and it’s always triggering at the wrong time, doesn’t detect people or animals specifically (just triggers on any movement, or randomly), and doesn’t even put timestamps on the video, so I’d like to use Wyze outdoors instead.

Hurry, but do it well (as I know you will). Thank you!

Anxiously waiting for an outdoor model as well.

I hope the outside camera also has an external antenna.
I have two mounted on a shed in my yard 75Ft from router.
I modified them and installed external antennas
the connector just snaps on the internal antenna jack
Which greatly improved reliable reception 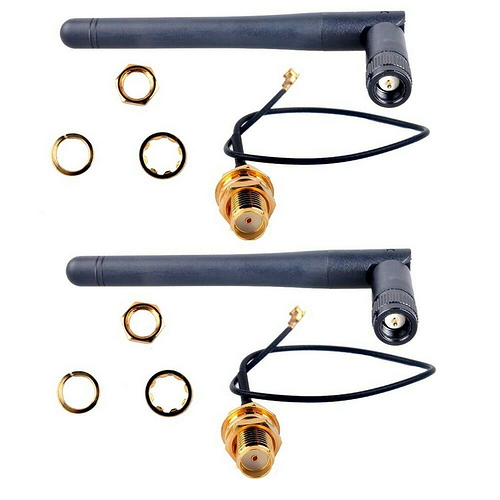 I’d be interested to see how you did this

On two v2 cameras ,one that had an outdoor case, I removed the back of that v2 ,the speaker is in the back and is useless in the case.

Put a 1/4 inch hole in the Outside case and installed antenna connector, the other end has a pigtail and IPEX connector.

Unplugged the original ant and plugged in the new one.The other v2 I removed the back and took out the speaker, put the 1/4inch hole for the mount

Here is a link on YouTube showing how to open the V2 camera https://www.youtube.com/watch?v=yYrLeWjRiqU&t=15s

The cameras have been much more reliable , the originals are stick on antennas on the inside of the case ,as they were really made for inside use

Looking forward to the outdoor version of the wyze cam. I like the modification just described by petereye! A decent antenna would be very helpful for outdoor locations