Not a darn thing at night...

Because I can’t turn the IR emitters off independently of night mode. 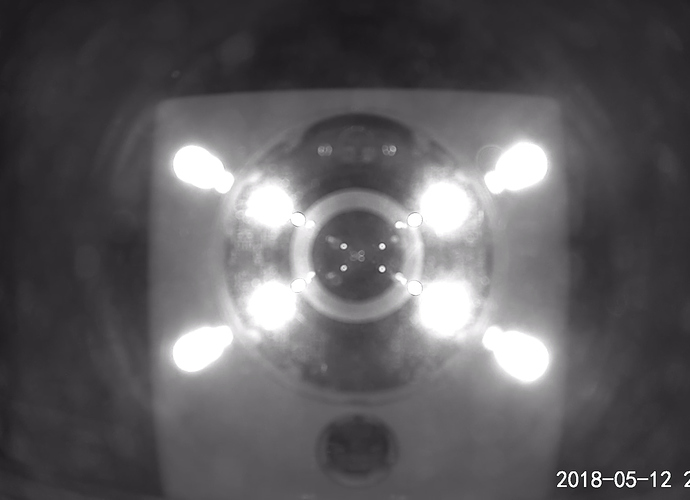 Is the camera placed inside facing a window and that is the glare? I had this happen, if you pull it back from the window a bit that might help, or have it slanted out the window.

Yes. I’ve tried several angles but I still get an unacceptable amount of glare. We really just need the ability to turn those IR emitters off without disabling the night vision mode.

You can turn them off by turning off night vision in the settings and that is about it. Probably built these cameras using CMOS sensors for economy in production. For night vision, that would require IR. Because of the price point of these cameras, I doubt the Lux (lx) rating is adequate to detect much in very low lighting, thus the need to use IR. Camera probably has an lx = 0.0, based on parts - - CMOS sensor, lens and the iris all weigh in on this formula. Under $30 for an HD daylight & illumination assisted wi-fi camera doesn’t give the purchaser much wiggle room to complain about the lack of low light sensitivity.

A much higher priced security camera should have a low light Lux rating, probably a CCD sensor, more expensive lens, etc. Look for .05 or less Lux if you want passive night detection, but expect the price to be high.

I have one outside under my mailbox and it’s actually pretty sensitivite in low light. I can clearly see things that are well outside the range of the IR emmiters.

I don’t think it’s a limitation of the sensor, just that they’ve tied the IR illuminators to the sensor going into night mode and those things should be decoupled.

The IR lights are what enables the camera to “see” at night. You can turn off the IR lights (night vision) in settings but you will need some outside light source, porch light, street light for the camera to have limited night vision. During the day you can point it out a window and it works fine, but this is designed to be an indoor camera only.

It’s not just the IR emmiters that allow the camera to see better at night. The camera also shifts into a more light sensitive mode. If it were simply the IR emmiters the two cameras I have (one inside, one outside) about 10 feet appart but pointed the same way wouldn’t have such different performance. We need the ability to turn off the IR emmiters but still activate the more sensitive night mode. It’s possible to do so, I have seen the capability available in alternative firmware. 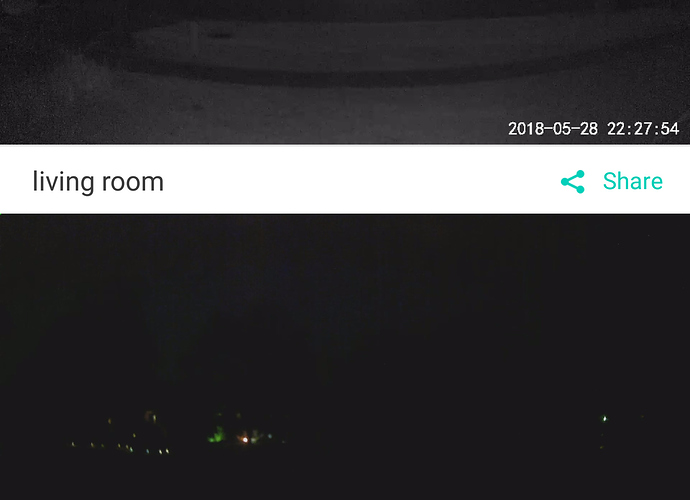 Nothing from the Mods? The whole reason to buy a Wyzecam instead of Xiaomi hardware is their special sauce on the software side.

Don’t let us down.

I have two of mine mounted outside under the roof overhang. Have been working great. It eliminates the glare you get viewing through a window.

Can you put electrical tape over the IR emitters?