I just purchased external IR spotlights for my 2 Wyze PAN cameras to solve my problem with spider webs. As mentioned earlier in this thread, the built-in IR’s attract insects but I don’t recall any mention of those insects attracting spiders. The insects cause occasional false detects but a spider web in front of the lense creates continuous false detects. The solution is external IR lights away from the lens but it requires night mode enabled with the built-in IR’s off.

Good thing that this feature should hopefully be going into beta testing soon.

I just did the garage mechanic fix of taping off my LED’S on my V2’s as many have here have. I must say I’m rather impressed with the night vision without the IR’S I’m really excited to see this next rollout be successful. I’s rather refreshing to have a company that hears what the users are requesting and actually makes the effort to implement ideas.

FYI this feature is available in the Beta app now and it works great! Almost all of my cams are looking through windows so now I can use night vision

That’s good to know it’s working great, I haven’t updated everything yet 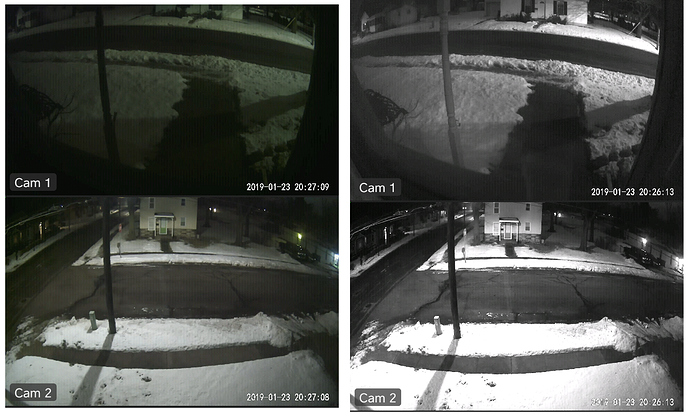 I have two v2s inside windows , LEDs off is working great

How long until we see this feature made available for non Beta users?

If Wyze offered a separate IR spotlight I would buy them.

What brand spotlight did you buy?

It’s 850 nm but the PT camera sees it fine. Right now it’s actually too bright and has a “hot spot” in the center but hopefully when I can turn off the cameras own IRs that will go away.

It’s a nice little unit and very affordable especially if you have some extra 12v security camera power supplies around. 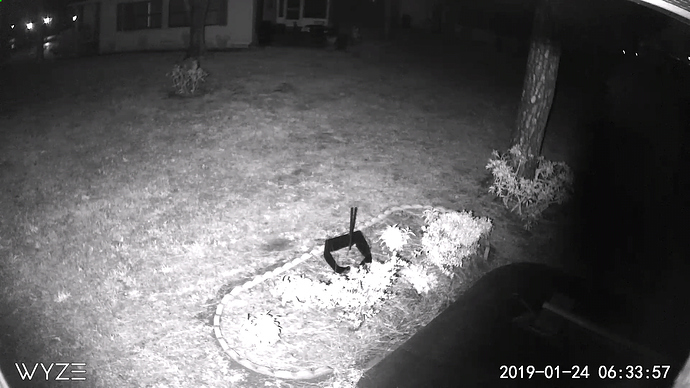 How long until we see this feature made available for non Beta users?

It’s hard to say because it depends on what is discovered in beta testing. But if everything in beta goes smoothly, I would guess less than a month.

But we love surprises!

Yes, please! The lack of this feature is the only reason why I haven’t switched completely from Arlo cameras.

EDIT Less than a month from now? That would be sweet.

@jdwarner94 you mentioned your spotlight having a hot spot.if its not the IR from the camera itself might this work? I dont know if IR works like general light but could you put something to act as a dispersion filter over the lens? in regular photography you can just put cloth or something thin over the lens and it will help disperse the light over a wider area.

Thanks for the tip. That may work but since the hot spot is right where the IR’s converge I’m hoping that when I can turn the camera’s built-in IR’s off that will fix the problem. I could test it by taping over the built in IR’s but between installing the cameras & then installing the IR illuminator I’ve made more than enough trips up & down my ladder.

the IR off control option is in beta right now and its working great for the most part. there have been only a few small issues and know how quick the wyze crew is to hear people out I’m positive they will have it flawless in no time. be aware though that is you tape over the leds you might be left with residue on the face of your camera. it took me a second to clean that residue off and that was from electrical tape.

Just want folks to be aware that this feature will only be available on the V2/Pan (not V1) models due to hardware limitations.

I have some V2 cameras located in windows and I’m looking forward to taking advantage of this new feature when it becomes available. I also have some V1 cameras that won’t be able to utilize the new feature. They’re taped with black electrical tape now but I’d really like a better solution for them. I would guess that Wyze has some engineer-types who are quite familiar with the internal hardware configuration of the V1 cameras. Would it be possible to disassemble an older (out-of-warranty) V1 camera and simply disconnect a wire going to the IR lights in order to disable the IR lights? If so, this might be a better solution for some people rather than taping up their cameras with black electrical tape or other types of tape. Does anybody at Wyze know if this would work for V1 cameras? (I realize there’s a risk of messing something up while disassembling the camera, but I’m willing to take the risk if there’s an easily-disconnected wire running to the IR lights.)

I’ve done this in the past with another camera brand and it worked great, but other users had helped me by explaining how to do it in earlier online postings.

Thanks in advance for any information Wyze can provide on this possibility.