There is no change to image quality. Just cut pieces of the tape and tape them around the lens. The picture is showing it. Probably light leaking into the camera from other places is still bright enough to trigger the light sensor which is a light sensitive resistor. Now I don’t have to manually toggle night vision off and on twice a day. Hope Wyze will implement this feature soon. 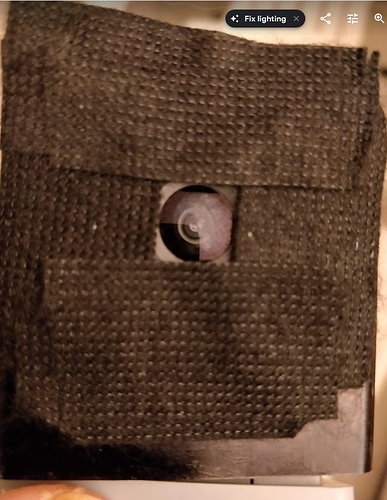 Night vision works in places where you don’t necessarily want visible light at night, just because you want to have motion activated floodlights ruining your night vision all over the place doesnt mean that everyone else wants that too.

Heat inside the camera is a good thing when it’s -15 F outside.

Please see my follow up message regarding the electrical tape – did not work. This is my current set up and position using metal flashing tape, which I colored black with a sharpie. I have no issues with image quality.

Also note that because I assumed the metal tape would reflect into the camera and cause an undesired effect, I kept most of the tape’s backing intact and only exposed the tape adhesive right around the camera opening so that it would adhere properly. 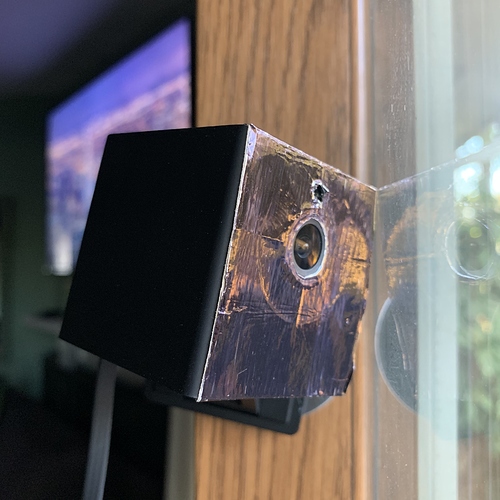 I would say the majority of people do not want to go by and install new light fixtures outside their home , Especially if they have to hire someone to install them .
That’s my 2 cents

I came here to show my support for this, happy to see the in development tag

Looking forward to this. It’s December and the number of bugs triggering notifications is crazy. I can’t imagine warmer weather and the bugs. I’m thinking, once this is implemented, I will get a separate source of IR, away from the cameras so if bugs want to buzz around the light source, it will have few if any motion triggers.

Question: The ‘In-development’ means for the V2 model?

I have no direct knowledge, but since it’s a firmware change, I would guess it would make it into both models.

i am curious if they have the same effect when used the way you did it… I am assuming the no glare is due to the LEDs being covered and the light from the outside light?

I don’t think it will reduce the bug alerts much if the camera is outside ,

I know many haven’t had a lot of luck taping over the IRs with electrical tape, but i’m testing it out anyway. Just got my 5th camera today and double taped over the lights but punched a hole for what I think is the light sensor (on top, right?). Here’s a shot of my camera, along with a view through the window from one camera where I have night mode turned off and a shot from this new camera out the same window with auto mode and lights taped. Not too bad, I guess. I’ll see how it goes. 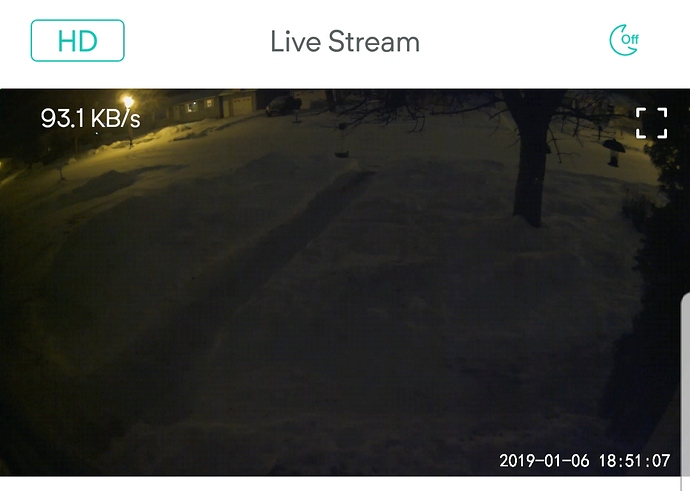 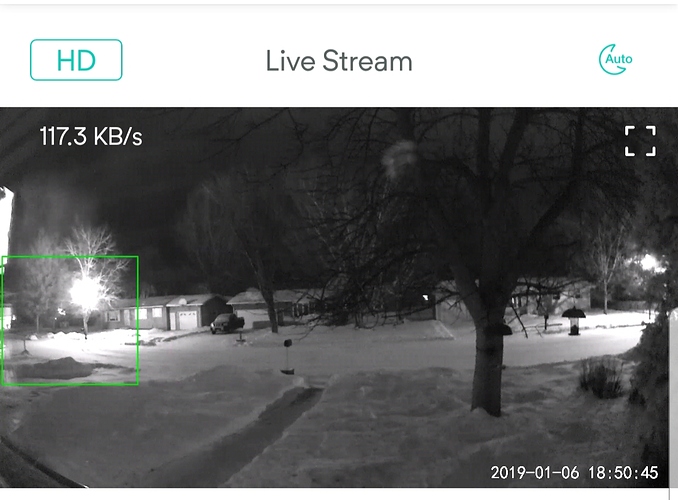 I’d have to take apart one of mine again to check, but I seem to recall that the ir lights are actually controlled by the ir-cut filter, so they probably wont be able to turn it off in firmware.

The cameras are really packed in there, but if you’re familiar with taking small electronics apart, then you should be capable of removing the leds without damaging the camera.

The devs have confirmed that they can be controlled with firmware without affecting the IR cut filter.

I would be surprised if the lights were physically controlled by movement of the IR cut filter.

@WyzeGwendolyn any updates on this?

It’s in development now! We’re hoping to move it to beta testing before too long but I can’t promise timelines yet.

Thank you for the update