Hello, People.
Described below is another way of utilizing the thumb-latch of a deadbolt to determine the locks state (extended or retracted). With sufficiently tough plastic, this approach could be 3 D printed. One could also obtain some scrap plastic from a big box store. The version below is made from a short piece of scrap 3/4" wide steel banding obtained from a Loew’s store’s trash barrel (used to bind lumber for shipping). This version is compatible with Kwikset, Gate House, RB, and Schlage deadbolt locks. 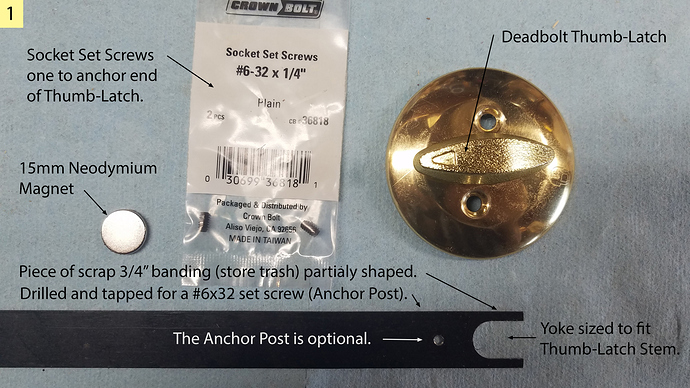 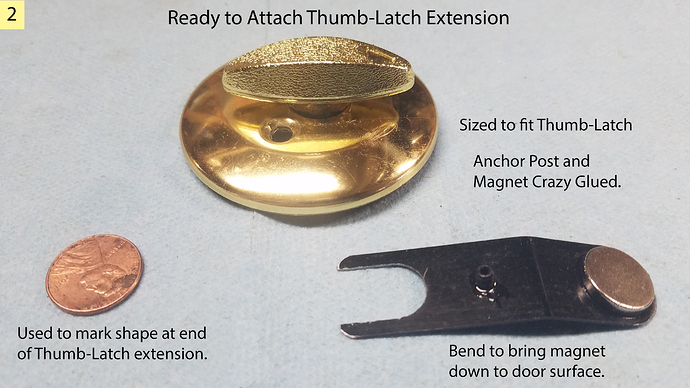 SDBS 2 ed4032×2268 2.93 MB
Since the thumb -latch on my lock had a void on the underside, I decided to use a small set screw as an anchor pin. This is optional. Probably some thumb-latches are not hollow. Anchoring the pin was accomplished by drilling and tapping a hole in the banding to engage the hollow space under the end of the thumb-latch. The screw was then Crazy Glued in the threaded hole to make it more secure.
The 15mm Ø neodymium magnet was Crazy Glued to the rounded end of banding. A penny was used to trace the round pattern for shaping. In this application, the banding was 2.5" long. Measurements are based on the size of the thumb-latch. See picture 2 above. 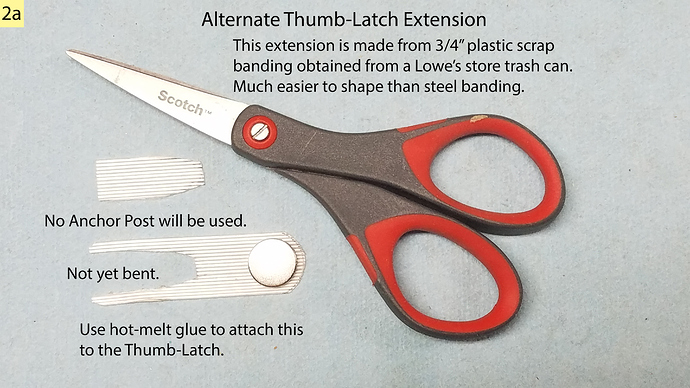 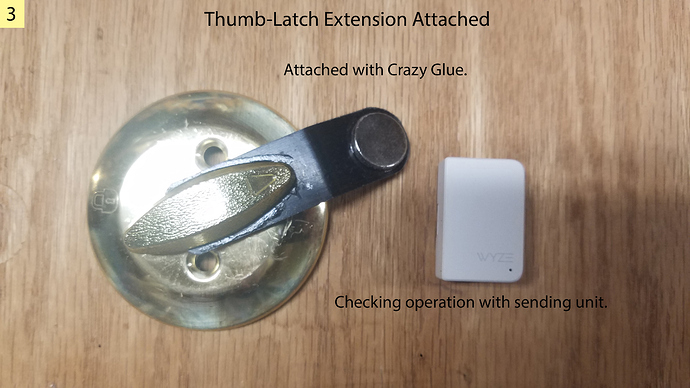 SDBS 3 ed4032×2268 3.13 MB
The device was trial fitted to the thumb-latch and found to need some yoke and pin filing. It was then Crazy Glued permanently. See picture 3 above. 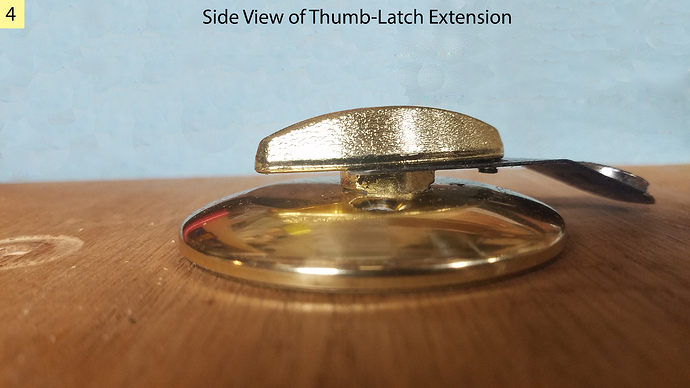 The Crazy Glue in the case of the steel banding approach just needs to hold the thumb-latch and the extension together. The yoke and anchor pin provide a mechanical resistance-couple independent of the glue. This pairing of latch and extension would work without the anchor pin because of the strength of the glue.

I calculated the tensile resistance of the glue contact area is around 300 pounds. I don’t know how this translates into a torque resistance force but in normal use, it won’t fall apart. If you wanted to remove the extension Heat the Crazy Glue joint to a temperature of about 150° C, the glue will soften. DON’T breathe in the fumes, IT IS CYANIDE.
Victor Maletic.