Is there a way I can turn on motion tracking (Pan camera) without it being thrown off by the ceiling fan’s motion? 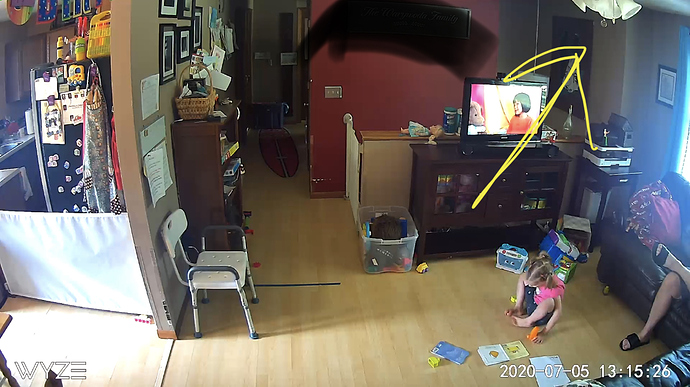 You can set a Detection Zone in the camera Detection Settings.
In your case I would set the zone to everything below the fan.

Shadows of the fan might still be a problem? Inside and at that angle you might also consider just using person detection to limit false alerts.

("Shadows of the Fan* is not my new Hollywood teen vampire novel.)

Pretty sure it’s an episode of Criminal Minds.

I thought it was on NCIS L.A.

Shadows of the fan might still be a problem

For some reason I’m suddenly having Jim Morrison flashbacks…

Did you try turning the fan off? If there is no one in the room, the fan is cooling nothing.

Can’t turn fan off. Someone’s always in this room.
I set detection zone as recommended and turned on the Person Detection but the camera went all over the place. Even tilting up and locking in on the fan.

Have you tried tilting the camera so the highest it can go is below the fan? The way it looks in the photo you posted.

As in, as high as the lens can TILT up?

Yes, tilt the lense all the way up and the camera down until the fan blades aren’t visible.

I am getting the feeling that filtering motion selectively is actually quite difficult… But then I’m not an engineer.

Just wondering… Do you record sound?

Just curious, have you tried with a V2 camera instead of a Pan just to see if the fan still triggers the event?

Tried that but here’s my ‘at rest’ image. This won’t do me any good as far as monitoring my kid and her movements. 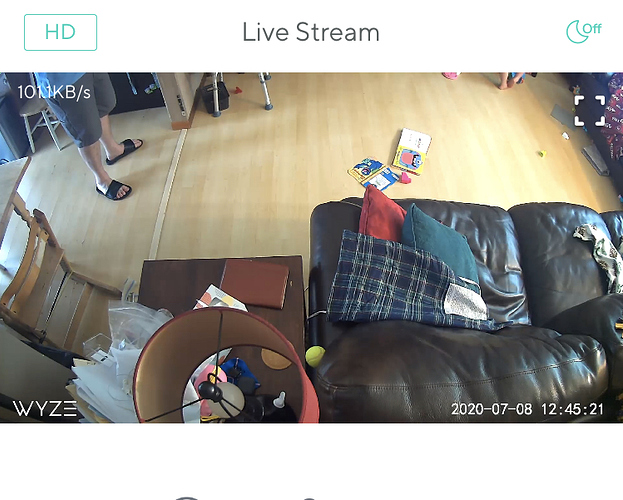 sound, yes.
Have not tried with a V2 camera yet.