My WCO’s and V3 used to see the 1x, 2x, 4x box for speeding up playback from the cloud.

It’s not there anymore.

The v3’s are using the RTSP firmware.

Is this normal for the V3’s and WCO’s to no longer have this option?

My old brain is sure those options where there before.

I think the 1x, 2x, 4x box for speeding up playback from the cloud is only available from Cam Plus subscriptions?

I have Cam Plus on all camera’s and they are added,

I removed all my Cam’s from Cam Plus, and reassigned them, I still do not see the 1x, 2x, 4x box. on the V3s and WCOs

Are you still encountering this problem? I don’t know if the v3 RTSP firmware includes the speed control, but I see it on all of my Events for all of my cam types (v2, v3, WCO, CP2) that have a Cam Plus subscription, both in portrait and landscape mode and on iOS and Android:

Are you still encountering this problem?

V3 example of it missing:

PC2 missing, and not missing tonight:

I went back a few days on events to verify that it was missing on a WCO:

and here is an example from just a moment ago where one of my WCO’s shows it, and doesn’t show the speed control on event playback:

Perhaps the Beta version of the Wyze App is contributing to this issue? 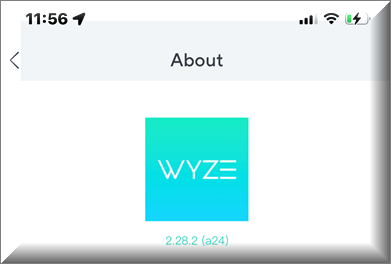