Looking For an Indoor Camera

I’m in the need of an indoor camera , been looking at the pan cam but one thing I hate is the subscription

What’s really throwing me off is that no cooldown if you do not pay for cam plus , with eufy cameras their is no cooldown . Everything that cam plus offers , eufy does FOR FREE.

I could just go with the eufy indoor camera , same thing as the wyze but no subscription. A bit more pricey , but why does wyze push their subscription so much ? Ugh

Cam plus is the main way Wyze makes money. If you purchase a cam from a competitor that doesn’t have a subscription, it’s gunna cost a lot upfront. If you just need person detection you can use CPL for free, but if you want pet detection you need CP. it’s only 1.25 a month for 1 camera, which is much much cheaper than if you used a diffrent camera. Plus, when newer models come out, it’s cheap to upgrade, and keep the same subscription.

Also, often times competitions cameras have a subscription in addition to their high upfront price.

The model of the cam all depends on your needs.

Do you need the flexibility of the pan or can you get by with a fixed field of view? If you can get by without the moving field of view, the price of the V3 is much more bang for the buck.

The hardware is all about your feature priorities.

As for the subscription, you are going to be really hard pressed to find any P2P cam out there that doesn’t have subscription services for enhanced features. And, I doubt there are very many that come in at the Wyze price range!

With that said, I have CamPlus on all my cams and have since the day I bought them (I also have HE SD in all recording continuous). The AI notifications are nice, but I have them in place for security. All I really need is Person Detection. The reason I chose CamPlus over CamPlus Lite was the absolute deal breaker for me: 5 minute cooldown.

AI Tagging, Notifications, Cloud Storage, video streaming, WebView… These are Wyze Services. Services require subscriptions. I am happy to pay for what I value. PD notifications, full length video, and no cooldown is well worth the price of CP! And, once you get to your 7th cam, your annual subscription cost is capped (w\ CP Unlimited)

I had to prioritize what I valued in the service and justify the cost for that service. It was a no brainer for me.

I can buy the indoor solo cam P24 , for $40 and no subscription to use the camera and you get person and pet with 24/7 recording as well.

Eufy cameras are meant for no subscriptions , i don’t mind paying for them but it can get a bit frustrating when you basically have to pay to use a device .

I will definitely be buying that camera instead of the cam pan ,

I’m in the need of an indoor camera

wanna be notified of person and pet events.

Just strictly on the these specs, wouldn’t regular old Wyze service handle this? If you’re using it indoors, wouldn’t most all motion detection consist of a person or a pet? That could mean satisfying your requirement via regular motion detection with or without the addition of free Wyze person detection.

Yes , but I don’t need a cool down . Which if you do not pay for cam plus your camera will be put into a 5 minute cooldown after motion is detected

Tell me why should I pay that , when I can get the same camera with the same benefits with no subscription with Eufy ?

Cuz eufy is like $130. To make that worth it assuming eufy has all the same features as Cam plus, you would need to use the eufy for 79 months, or 6.5 years,

The eufy indoor camera is $50 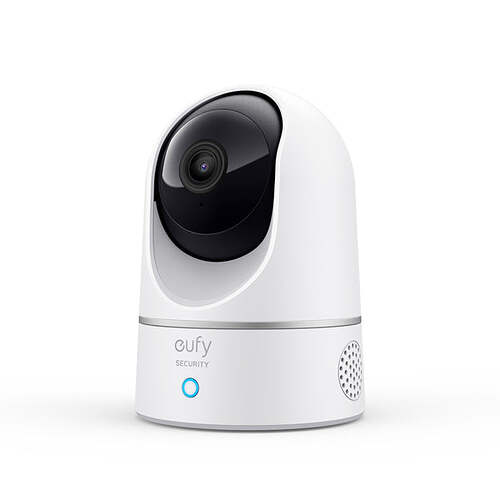 Relevant Recordings: The on-device AI determines whether a human or pet is present and only records when an event of interest occurs. The Key is in the Detail: View every event in up to 2K clarity (1080P while using HomeKit) so you see exactly what...

Please look up prices before you make preconceived notions Beans

It is everything wyze cam plus offers , for free…

tell me again why i should get the cam pan ?

I need person and pet detection , with wyze you have to pay for those and with eufy you don’t .

Tell me again which one would you go for ?

Yes , but the cooldown is what comes into play

With eufy cameras , no cooldown , and person and pet detection for free

With wyze you need to pay for those benefits , with eufy you get them for free

Tell me again which one would you go for ?

I do have 3 Eufy Indoor cams. I use one in the front yard, one in the back yard, and one in my room just inside the Front door. I also have Wyze cams looking over these same areas. The eufy’s are just my fail safe for if Wyze’s servers are down or something. I believe in redundancy.

They’re okay. I like them for the most part. They are definitely not better than my Wyze cams IMO, and they certainly have their share of bugs…sometimes insanely frustrating and things I considered severe bugs that they’ve completely ignored for years.

But they’re alright, and I love the local/edge AI that is included…although I do get a ton of false detections in certain situations. They’re by no means perfect. I loved that they do 2K…until I learned that if you do continuous recording that it will disable the 2K. I also liked that RTSP is included, but it also disables a bunch of features if you use it. There are some SD card issues sometimes with entire events missing…this is really aggravating. Setting the detection zone can be frustrating sometimes. There are other small things, and there are a lot of reasons I like Wyze over eufy even if you dismiss Cam Plus…but I like a lot of stuff about eufy too (like you said, the local person and pet detection is a big benefit)…just not as much as I like about Wyze and why I stuck with Wyze after trying both out.

Overall I like eufy, but they have their own issues and they’re more expensive.

I do think it will be great as Wyze moves away from Cloud dependency and more toward a localized focus. They also said they are working to do more local AI stuff and combine that with cloud AI as well. The local options are fairly limited for now though, so if it is something you need now, eufy isn’t a bad choice, I use them as my backup…but there are strong reasons I do not use them as my primary cameras. If you do it, get just one or 2 at first and make sure you like it. Make sure you can live with the bugs. Use it frequently, check out the features, and acknowledge you like it the way it is and will never expect an update or bug fix for anything. If that’s all good, then it might be a good option for you. They go on sale frequently, so maybe wait for that.

Again, personally, I generally recommend people to choose Wyze over Eufy in most situations, but I like Eufy as a backup cam for redundancy. If you want to try one out, wait for a sale, try just one, make sure you can live with all the problems and bugs. At that point you should know what you prefer (Wyze Eufy, or another one) and can make a better decision then.

Short version, I got 3 eufy cams back when I only had a few Wyze cams. After trying both out, I stopped buying eufy and now I got well over 2 dozen cams, and I did all that even before I became a Maven here…but I personally decided Wyze was better overall.

. If you do it, get just one or 2 at first and make sure you like it. Make sure you can live with the bugs.

I know…now consider what that means if I thought the Wyze bugs weren’t that big of a deal, but the eufy ones were way worse…

That is why I suggested that if the Wyze bugs were driving you crazy (when they haven’t bothered me much), that I am concerned the eufy bugs might be way worse for you. That is why I recommend you take it slow and test before going all in there.

It could be good to try 2 out…I do have one eufy cam that works fairly well for the most part, but the other 2 have a lot of problems with features not working, missing events, not notifying reliably, etc…so, just be careful…

Sorry, I was comparing the v3 Wyze cam with the first eufy cam that came up when I searched. I am not familiar with their products. My bad