Thanks for the tip, works great and nice way to get landscape on my Galaxy tablet!

I installed and opened the Wyze app on my iPad for the first time and was shocked, I thought I was transported five years into the past when most all apps opened on the iPad sideways (locked in portrait mode) surely I had an old version of the app. Deleted it and re-downloaded/installed; same results. That brought me here and then reading virtually the same response from Wyze every few months for the past year. This obviously will not be happening any time soon. Beyond disappointed.

Agree. Am really hoping that we eventually get landscape mode. Of the 75+ apps installed on my iPad, Wyze and Wemo are the only two that don’t support it. Must have something to do with the letter “W”.

Can we make this not only for tablet but also for Android TV and even on mobile that you can mirror on TV? I think it’s more convenient and more camera can be viewed simultaneously when laid out on landscape mode.

I would also recommend checking out this #wishlist topic. You can VOTE for it at the top-left.

Android TV already has 10’s of millions of users and is quickly on track for exploding exponential growth: They will surpass Roku as the #1 television platform. This means users can install this app directly on their TV and not have to fiddle faddle with any hacks hooking up external computers or devices to run apps. Having an official Android TV app will: Allow home users to use Wyze on their TV’s. Allow business users to use Wyze on their TV’s. If the Android TV app will allow viewing …

When I am in landscape mode on my tablet the wyze android app doesn’t respect the screen orientation until i select one of my 5 cameras and view its live feed.

Can you please change the android app to respect the screen orientation when it starts?

I had these same issues on my old Samsung Tab 3. It is annoying.

A couple days ago, I bought a 2019 Tab A. The Tab A works better so I can at least watch the live stream as normal. Still acts odd in other Wyze options. The old Tab 3 is unusable with Wyze unless I lay down sideways.

It is very annoying that the Wyze software does not respect device orientation… there’s no reason for that… PLEASE Fix this finally – iOS.

What is the latest on this feature request? It seems to have been in the current “researching” status for a long enough time to spec out what it would take to implement. As most have commented, the Wyze app is one of a very few that does not work natively in landscape mode.

The latest on this is that it’s something that we’re intending to do and we’re working on an app redesign. Last I heard, it will be included in that redesign but I don’t know the timeline for that.

Thank you for listening. I know disabled people such as myself will greatly benefit. Wyze truly cares about their customers. It’s very nice to see. God Bless.

We hear you and we appreciate you taking the time to talk to us about this.

Can we please get a true iPad version of the Wyze app? The current universal version not supporting landscape (for all actions and pages - is just awful. Make a true iPad app … Please. Be hoping for a beta soon that supports this. 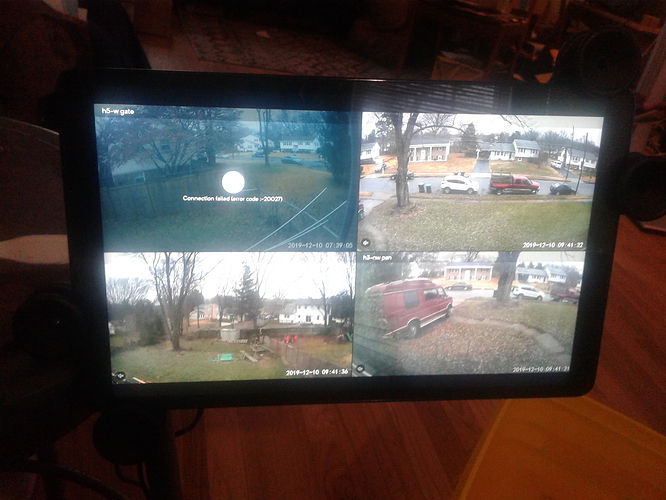 I keep my Samsung TAB A in landscape most of the time.
To go back it reverts to portrait.

It got moved into here as I did a bad search. So my bad all around.

Is my landscape view on my iPad air 3 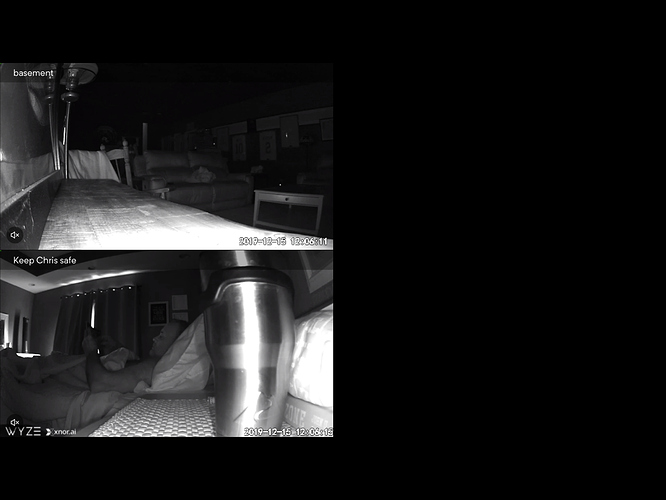 Yes, it will show 4 at a time and is set up to show 4, the next would be upper right then lower right

I hope they set it up to where it will show more than four at a time. With them launching out door cameras there are going to be many people with more than four cameras and they’re going to want to see them all at one time. I would suggest a minimum of eight. 16 would be nice. Then click on a particular cam to get full page view. That’s how my current system works and it’s great.