Is there a reason to keep my V3 cam boxes?

I have a number of cams and wondered if there is a good reason to keep all the boxes? When returning cams they don’t expect us to put them back in the boxes, so wondering if I’d regret throwing them away.
Thanks.

Makes them more attractive if you sell them?

Good point, but probably wouldn’t ever sell them. I guess if anything I could use them if I ever move to a different location. Thanks.

As Customer said, the only reason to keep the boxes is to sell them later.

For example, say Wyze comes out with a better model in the future and you decide to upgrade and replace some of your current devices with newer ones. If you can put them back into the original box, they typically sell for more on auction sites or online/app marketplaces. And then a good chunk of your upgrade is paid for by selling off the older model. Wyze devices tend to retain a good amount of their value on resale too.

If you’re sure you won’t be selling them, then I can’t think of any good reason to keep them. Once I’ve had the units for a month or so, I usually keep the boxes for up to a month and then throw away the boxes once it’s been a month or more.

<— has all the boxes to all the Wyze devices I have ever gotten still, for funzies. Adds many points to my Wyze groupie street cred level.

I keep mine to use as boxes for crappy gifts. They think they got something cool and exciting and techie. The look on their face when they open it and find socks or underwear is PRICELESS! 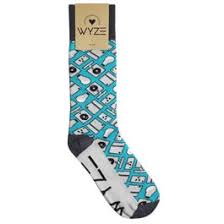 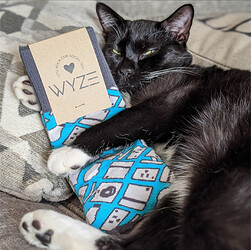 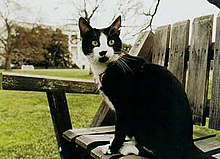 Socks Clinton (c. 1989 – February 20, 2009) was the pet cat of U.S. President Bill Clinton's family during his presidency. As an adopted stray cat, he was the only pet of the Clintons during the early years of the administration, and his likeness hosted the children's version of the White House website. After Clinton left office, Socks resided with former Clinton secretary Betty Currie and her husband, owing to continuing conflicts with the Clintons' dog Buddy. Socks was likely born in early 1...

Ha, didn’t know they had those.

We have a stray that comes to my house to fight with my kitties all the time that I call socks because he’s black with white paws.

I only keep mine because I am not smart enough to remember what screws go with what device, lol.

I was doing this. I started to put unused pieces into a ziplock bag and include a piece of paper in it with what product it came from. Sometimes I’ll use a label sticker instead. I then stick those in a little plastic storage cart/dresser.

I had WAY too many products to keep saving boxes…especially Wyze Products. Needed to start de-cluttering. This way I still have everything organized and able to find the unused pieces if needed.

Yeah, I throw all the unused pieces back in the boxes. Sometimes I just use what fits.

I guess I’ll keep put them in my storage room for awhile. Thanks again.

We have a stray that comes to my house to fight with my kitties all the time that I call socks because he’s black with white paws.

Oh the folding and bagging and taping and labeling and storing is the easy part. It’s remembering which tiny part goes with which doodad and is in which bag in which carton in which storage location 3 years of living later… that’s the challenge.

I thought about that, too. I figured I’d just put all the little doodads in one box and mark it.

I put all the Wyze stuff in the same drawer/box and stuff from others in a different one.
Then I know WHERE everything is…just need to find the right ziplock bag, but they all have a piece of paper or label that says which product the parts are for.

It indeed takes a little digging, but as rarely as I need it, at least I have more space and less clutter now.