It would be better for Wyzecam to expose its API / SDK. Since they are not supporting webcam, and the development is very slow. I am a developer who loves to tinker. I found some third party api, but is far from complete: 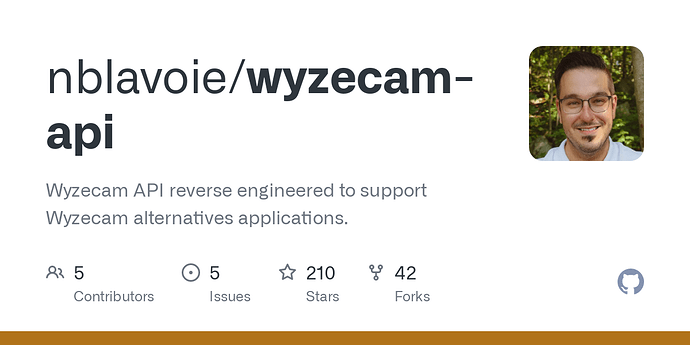 The ability to stream it to a Chromecast would be pretty cool too if you don’t happen to have a Google Home Hub in the room your in.

This would be great, so you can easily see who is at the door when the motion sensor is set off.

Have google display made by lenovo. Would love for it to be able to show cameras live with voice command and smart home pull down menu. Integrating a few of the commands to turn off and on would add nice features. Could integrate into routines to set when leaving and returning.

A post was merged into an existing topic: Outdoor/Weatherproof Wyze Cam

Will that work on iOS

TinyCam does not work with iOS and the developer has not given any indication of when or if it ever will.

You replied to a post talking about TinyCam and asked if it works on iOS. I replied that it does not. It would help if you more fully describe what you’re asking about if that wasn’t it.

I don’t think so. TinyCam is Android only. I did get “Hey Google show me the porch cam on my hub” to work with IFTTT and Tasker but the setup is somewhat klunky.

Am I assuming properly that the autocorrect of wyzecam is wife Kim? And that tony Cam is tinyCam?

IFTTT applet triggers with Google Assistant and then Tasker can either trigger on IFTTT notification or use Join. TinyCam has a Tasker plugin which can cast a camera. So you can’t do this on iOS.

What suddenly happened to vote count for this Roadmap?! From 600 to 26! Can someone fix that?

We are investigating what happened to the vote count. Wyze is well aware that this is among the top three vote getters, so no worries.

I won’t player hate Amazon or Alexa for fear of getting Bezo’d, but in this world they’re are two sides. Not good and evil, not capitalism and communism, no they are Google or Alexa. I’ve chosen Google for a number of reasons, still buy almost everything off Amazon, and have found harmony with the world. So by the way, it’s now 2019 Q1… Soooo just sayin’… Kinda waitin’… Not yet… Now… Still just starting at my phone…