We can currently use Google Assistant (via phone or smart speaker) to turn cameras on or off and to view on smart displays (not very well though). We should be able to use voice commands to launch shortcuts like “Hey Google, turn Wyze to Away” or some such. That way we don’t have to open the app to set shortcuts or use like 6 commands to set a scene.

I think this is a Google limitation, I own sensors from another system also and Google picks up the contact sensors but not motion.

Can you make Wyze cams work with Google on a cell phone or tablet so I can say to my phone or table, “Hey Google, show me front door?” That would be great. I don’t want a Chromecast and I don’t want to spend the money on Google Home/Nest products I won’t use for anything but viewing my wyze cams.

I personally would love to see a Google Assistant integration option. I use GA around my house because I got sold of Alexa telling me she wasn’t connected to the internet all the time. That and GA works much smoother with my Android tablets and phoned then Alexa does.

I was using IFTTT to control detection on or off on my cameras so they could be turned on when i leave and off when i return. I don’t want the cameras off and on just detection. IFTTT just started charging for anything over 3 apps and since each camera and each action takes an app I would need 6 apps to do what i want. i can’t just turn detection on for all cameras because there are some shared cameras that i don’t want to mess with.

I’ve noticed devices like the Wyze Band and Headphones have Alexa built in but no Google Assistant. Would it be possible to add Google Assistant as well to the things that one but not the other?

Add google assistant to the band!, I refuse to get Alexa, also Wyze should have it’s own assistant, the less apps the best!
but that’s also why I’ve been waiting on the wyze thermostat and smart switches, I don’t want to have another app to control each, I already have google assistant.

Spent 45 minutes talking with support and they assured me it works. It doesn’t and they couldn’t help me to get it working. That’s what you get for a $40 camera (canada)

Excited about the new headphones, sad to hear Google Assistant isn’t a feature.

As a whole, I’m definitely a Wyze fan, but do wish there was better Google Integration all the way around. 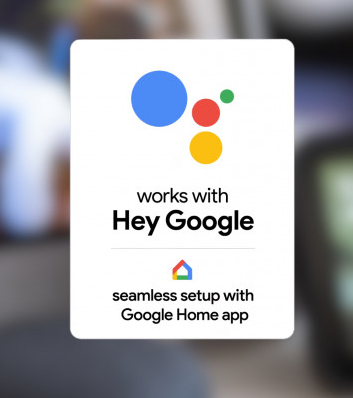 did you ever get your camera synced with your Google account? I ask because my camera works just fine with my google home account

Hmm, I just tried on my Nest and it takes several seconds, but the live view comes up. Pretty cool. I’m assuming your Nest and camera are on the same network?

checked again on google nest home and home max. Using the same wifi network cams still won’t connect. Thought they resolved this and all the other cam reporting issues they have with a coverall update. They probably should use the vacuum to clean up the mess. Turning out to be very disappointed.

Yes. all my cams show but when it tries to connect (“playing wyze cam” )it can’t. it tries multiple times then goes back to the generic panel home screen

Please add the ability to control cameras using Google Home routines. I want to be able to turn on my camera when Google Home detects that I leave my house. I see smart plugs and switches as an option when creating routines but Wyze cameras do now show up.

I agree, after all, you are already in the house if you are able to request that. Google assistant can turn them on, but not off!?