Just installed 3 garage door openers and 3 new v3 cameras. Everything works as it is supposed to.
When the doors are shut video looks fine.
When at least 1 door is open and the lights (lED) are on I get video interference. The video has black bars moving up. 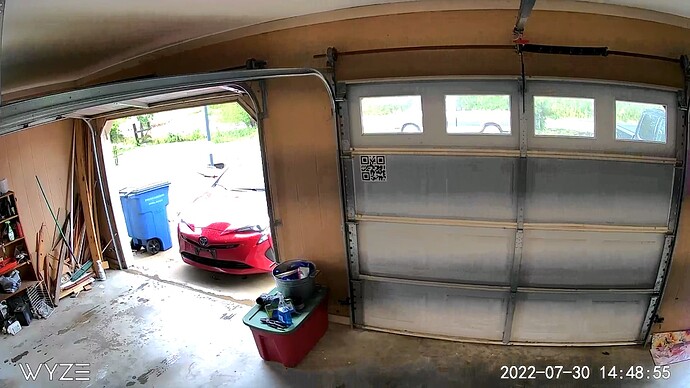 I bought 3 V3’s and installed them removing my 3 V2’s. I have same issue. My relativity new LED shop lights are impacting my V3’s. So went back to the V2’s Tried wrapping the cables in foil. nothing helped.

oh no that don’t sound good

https://www.google.com/search?q=led+lighting+causing+bars+in+video&oq=led+lighting+causing+bars+in+video&aqs=chrome…69i57j0i546l3.30769j0j7&client=ms-android-att-us-rvc3&sourceid=chrome-mobile&ie=UTF-8 The above link is the reason why you have the bars. The V3 does not have an adjustable frame rate so your only fix would be to change the LED lighting or it’s power supply. However the frame rate does change from day/night vision from 20 fps to 15 fps but that may not help and will cause the ca…

Thank you for that idea. But I don’t want to spend another $200 on lights.

Ouch $200 on lights, unfortunately the LED lights are the cause of the “Dark Bars” in the video.

Or I should say the power supply driving the LED’s is the cause, but I doubt changing the LED’s Power Supply characteristics is something most could easily do.

Your LED lighting is turning on & off faster than your eye detects it so you see a lit room, but the camera does catch that especially at the same frame rate (or harmonic) of the LED’s firing rate.

what is weird with me is I only get the bars when at least 1 door is up. if all doors are down there are no bars with the lights on.

Could be because the doors are letting light in.