I’m pretty sure this glass is not an IR filter because it simply doesn’t block IR,
a mechanically switchable IR\Clear filters are in a lens block.
Still wonder if Wyze can get any comments from manufacturer. It seems like a huge mistake in production which causes every camera’s image to degrade over time,

You hit the nail on the head, I’ve taken 3 of my cameras apart and found the same 1/2" diameter lens (that covers the sensor) to be dirty. I cleaned 2 of them and the third one I left out and adjusted focus a little bit… The results are amazing

Tip: when you have your camera apart, pop out the big black circle surrounding the lens… Makes refocusing after reassembly a snap then just pop it back in.

Heck of an idea. Thanks

Well, after a batch of experiments I could assume this tiny “glass” located over the sensor is some sort of heat-absorbing filter, e.g. longer wave IR cut-off.

It would be awesome if anyone from Wyze’s Engineering team could comment on that. What is the real purpose of a “glass disk”? Is it heat wave cut off?

Usually heat protective glass has a blue hue, but this doesn’t (or maybe not so noticeable). On the other hand the resulting stream params are much better.

*I don’t see same waterfall of frame drops when same cam is pointed to a cold surface.

Great observation and even better question… I’ve removed it from my V2 camera and found it to be filthy… Cleaned it and replaced it in the camera, the result was amazing… I don’t know if it will re-occur over time or not but the video is now clear, no hazy picture… Seems to be a mfgr process issue

I have 10 Wyze cams throughout the house. Most of them are plagued with foggy, blurry images. I took 2 cameras apart only to find very dirty glass filters over the sensors. Here are the results… 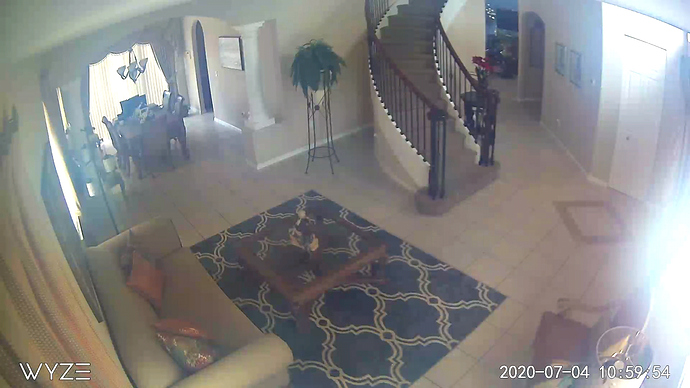 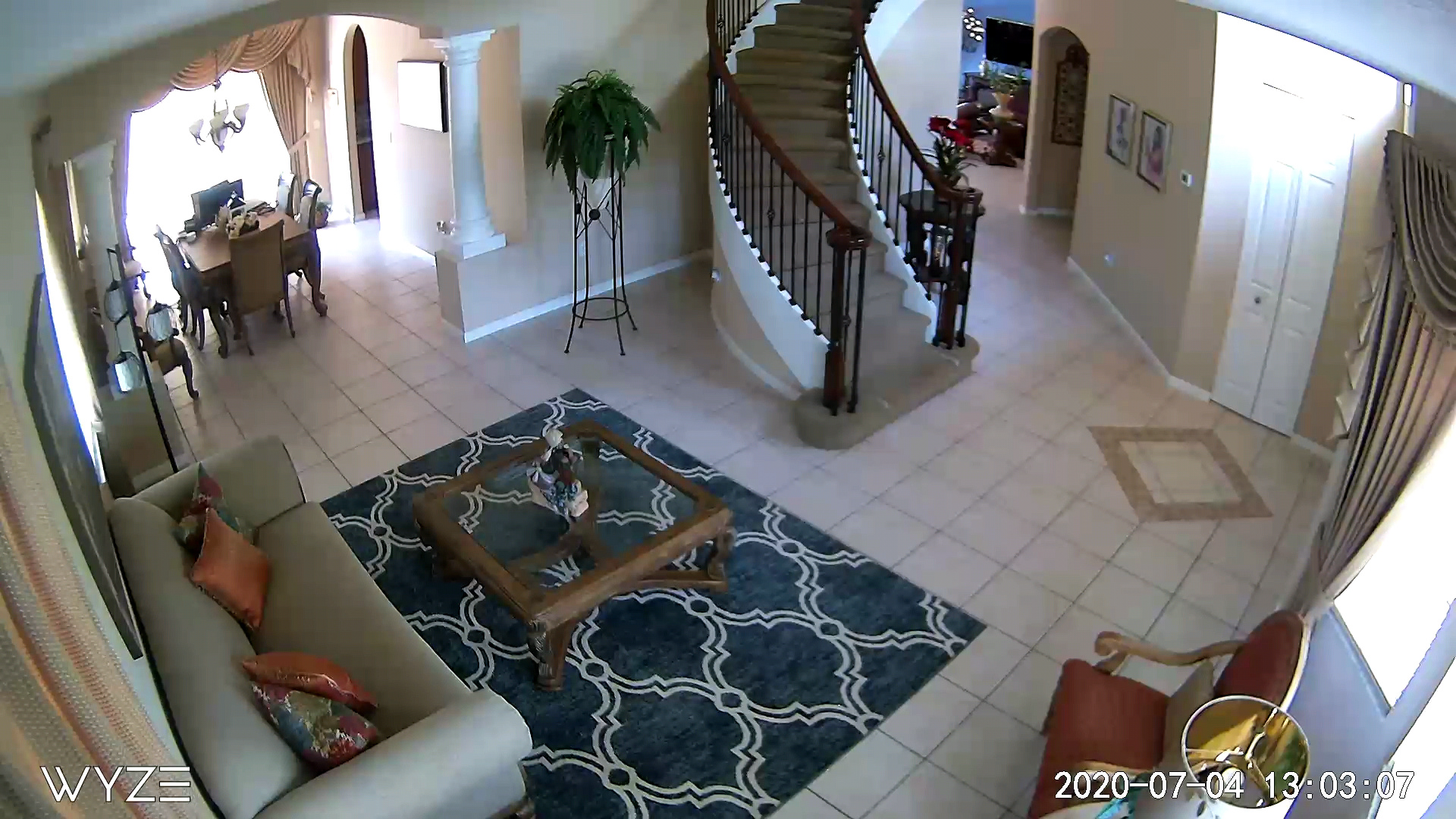 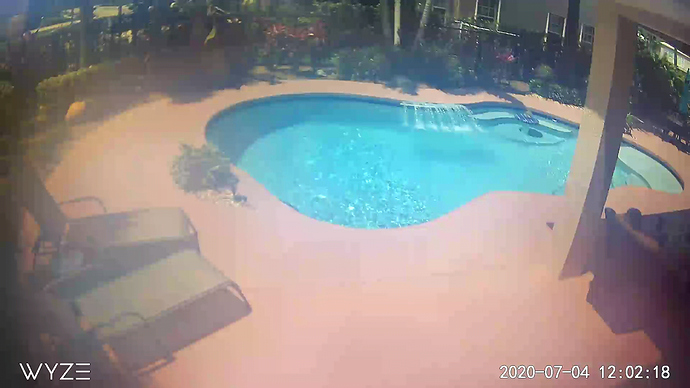 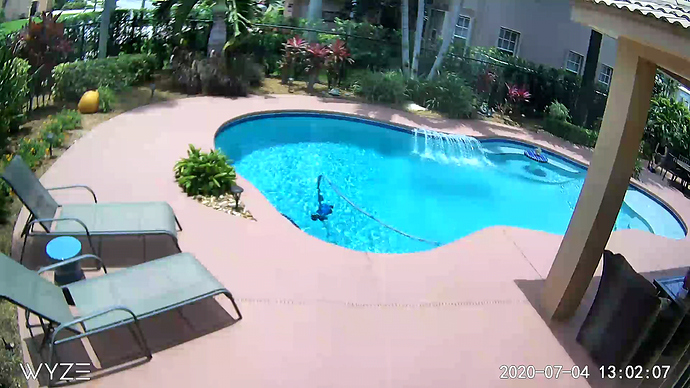 I’ll probably do the others as well. Has Wyze provided any comments on this issue?

Unless I’ve missed something, there has been NO reply from anyone in support at Wyze, It had to have happened during the mfgr process. I had exactly the same thing happen to mine and cured it the same way you did.

I think that Wyze knew about it and then approached the mfgr to eliminate the problem all the time NOT acknowledging the issue to their customers. Sad way to do business.

I’m surprised that this post is now 8 months old and Wyze has decided to remain silent. I think in time our cameras would be completely useless without some intervention by the owner.

I have now cleaned 9 of 10 cams (decided not to open my 1 Pan) and the images look great. I also noticed that night vision works much better now. Out of curiosity, I decided to open a brand new factory-sealed v2 cam which I keep as a spare and it had the same hazy glass filter. So, the issue doesn’t seem to occur from use. Definitely, a manufacturer defect.

What I would like to know is the actual purpose of that small glass disk, I have one camera that I left it out of (had to refocus a little) but the resulting clarity is awesome.

I agree. If the glass filter doesn’t have an important function, I would prefer to just keep it off. This is why we need Wyze to provide some information and guidance.

Someone in a reply elsewhere in the forum did some testing that appeared to indicate it could be a heat filter (not to be confused with the IR filter) for the camera sensor.

Did you have to refocus the lens?

I did, the easy method is when you have the guts out of the case, pop out the big black disk, reassemble the camera, focus it then pop the disk back in again

I also removed the glass disk, rubber seal and refocused the lens. Here are the before and afters. This camera has been in this position for almost 2 years. 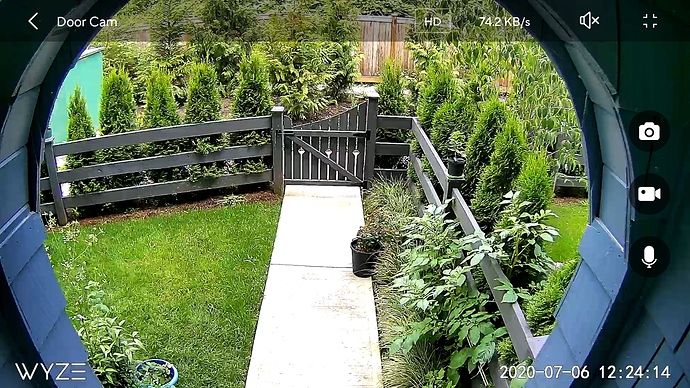 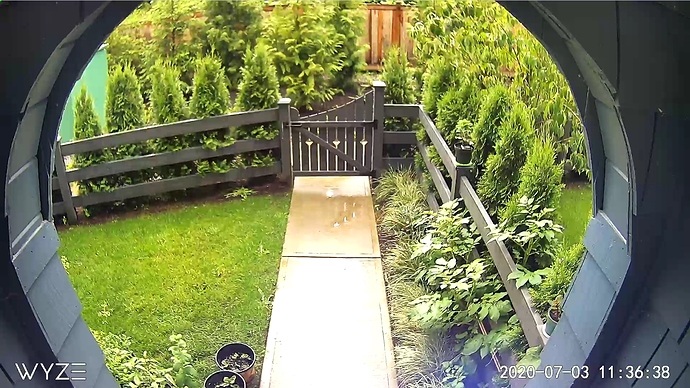 The image is definately noticibly sharper and the color/contrast is way better. I’m happy I tried it but it took a fair bit longer than expected. Subsequent trials would be much faster I think. I didn’t have a skinny enough screwdriver to fit into the tall post holding that one screw and eventually just cut the post off to gain access to the screw

Sadly, Wyze is aware of this problem and the fix seems yet to be addressed…

It actually didn’t bother me that much I just had some time so I figured I’d give it a shot. I’ve seen some expensive DSLR lenses fog up/develop some sort of oily residue on the internal lens elements. These lenses are suppose to be weather sealed and don’t sit outside all day. It is unlikely the average person can take it apart and reassemble after cleaning. At least with the wyze cam I have a reasonable chance of success and am not out $1500+ if i screw up.

Actually it is quite doable just take care with the wires, antenna, speaker etc…