Right , I see those settings and I have my v3 set to record events when theirs motion detected yet when i raise my motion detection sensitivity it’ll make my pir sensor really sensitive. No matter if I only have the floodlight to only turn on when motion is just detected by the pir sensor…

I have had the floodlight for 8 months and that’s how it’s worked for me , I even spoke to wyze and they told me that they floodlight v3 was engineered to the pir sensor .

I even spoke to wyze and they told me that they floodlight v3 was engineered to the pir sensor .

Let me dig a little deeper on that, I could be wrong but I was under the impression it was just a normal v3. I will let you know what I find out.

Any chance you could please also ask if that floodlight PIR sensor or a variant could be sold as a stand-alone add on sensor and plugged into the back of existing V3s? That would alleviate all/most of the “my V3 went off because of flashing headlights, waving shadows, tree beaches, etc.” that get triggered solely by the pixel differentiation algorithm.

I think there is a #wishlist post for this, make sure to vote for it!

I tried posting a new topic in the WishList and it was put under a similar request from 3 years ago that’s labeled as Maybe Later. To me that seems like “ain’t never gonna happen”. Was hoping that recent discussions might revive the idea.

Stand-alone PIR Motion Sensor for V3 Wyze has proven they can connect a PIR sensor to a V3 with the Floodlight. I want that PIR sensor as a stand-alone plug in to my V3 like the spotlight kit. This would eliminate all of the unnecessary motion notifications from dancing shadows on my driveway. I know Outdoor Cam already has PIR, but I have power where that V3 is and don’t want to have to charge a camera if I don’t have to. As of right now it seems there are people buying the Sense Hub and pack…

For how many people that post that the they get false alerts from flashing lights, bugs, shadows, leaves etc, it sounds like Wyze would sell a lot of these stand-alone units as V3 accessories.

Cam Plus can only do so much. AI detection filtering takes time to be able to send out a notification and is better suited to look at events after they’ve happened. For people that want to know about motion from a person, animal or vehicle as it’s happening to be able to get to the Livestream or microphone, waiting for a notification from AI filtering out waving tree branches from actual persons or vehicles may be too long. PIR isn’t perfect, but comparing the amount of false notifications I get on my Wyze floodlight (hardly anything) versus my V3 (about 10-20 a day and night) tells me that the PIR sensors are good for something without sacrificing time waiting for a clip to be uploaded to the cloud, analyzed by AI and then a notification being generated.

Hey Jason , did you get an answer from Wyze on this ??

Not yet, let me poke at them again.

Not yet, let me poke at them again.

So far all the answers I have are that it is just a normal v3 attached to a floodlight with a PIR sensor.

Right , that is known… what I’m wondering specifically is ; did Wyze engineer the v3 and the pir sensor together ?

That’s what I’m trying to figure out , because since I’ve had my floodlight for 8 months now .

My floodlight is set to only turn on when motion is detected by the pir sensor ONLY. Sensitivity to low

Yet when a bug is in frame and triggers the v3 and now more recently when a cars headlights reflect off my parked cars , the floodlights get triggered on

Which makes no sense

I’ve noticed that when I have the v3 motion detection sensitivity high , it makes the pir sensor sensitive . Giving me the conclusion that Wyze engineered the v3 and the pir sensor TOGETHER

Which from what I’ve experienced , is the casa but I may be over my head here…

The way I am understanding they were not designed together, the floodlight is added as an accessory, meaning if you were to remove the v3 and put another one in its place it would work the same.

Correct , but any reason why my floodlight will get triggered by bugs and cars headlights that are reflecting off of my parked cars even when the floodlight has been set to only turn on when motion is detected by the pir sensor ?

The only thing I could guess and it is just a guess is that when you are setting it to only use the PIR motion it is still using the camera. I have a floodlight but have not paid much attention to it because it does not see much traffic. I will do some tests and see if i can replicate your issue. 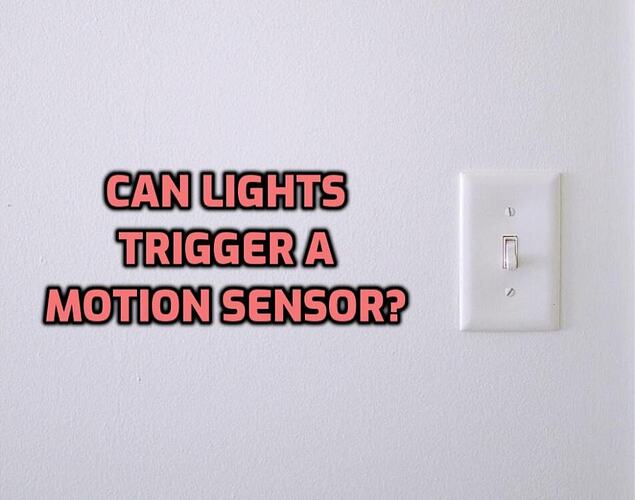 Motion sensors come in many devices, and accidentally triggering one can be frustrating and even stressful. I set out to figure out why Motion Sensors…

Kinda a sketchy site, but has good info. Basically, headlights (and any light) have heat so it will detect it.

You do have your sensitivity high, I would lower those a lot.

You do have your sensitivity high, I would lower those a lot.

If I set it to low , when I walk out to my car it doesn’t detect me . Only when I get in and pull out the driveway do the floodlights cut on…

Basically, headlights (and any light) have heat so it will detect it.

I’ve had countless other brands floodlight cameras and hundreds of motion sensing lights around my property for years and I’ve never had a single one get triggered on by a passing cars headlights . Not one , only since I’ve been using my wyze floodlight does that affect me …weird

normal v3 attached to a floodlight with a PIR sensor.

The usb plug on the cam is physically different than the standard V3. There are also differences in the wifi module from what I have gathered.

The plug is removable from the cam (though pretty tough) and the one on the floodlight is shielded i believe to prevent interference from the higher voltage power right behind the cam.