Have the adapter plugged in.

Scratching my head here. It stays connected to wifi even whith the blue light on? What Wyze firmware version is on the camera itself? And are you getting a valid link light at each end of the ethernet connection.

Gotta be something simple. Your sequence described above sounds right. If you are able to reboot from the Wyze app even with the blue light on, do that a couple times letting it set for a minute or so each time.

Which camera are you using? If you have a V2 the adapter must be connected to the large usb connector on the back of the camera. Can you post a picture of your camera setup?

Firmware is the latest but not beyond whatever the number is for the mini-hack. I had the RTSP on it but that’s been replaced with the normal firmware.

WiFi works fine both as normal (as expected) and with the mini-hack card inserted. I can access the web server fine when inserted so the mini-hack is being read and operating. Light is solid blue when connected as it normally is. That all works.

Once I try to change to use the adapter and restart, then the cam sits with a slow blinking blue light and does not appear to get an IP so I can’t get to it again.

If I pop the card out, cam will come up as normal, grabs an address, and works fine.

Trying to get this working with the UCTRONICS adapter mentioned here…

Is it possible you got one of the non-functional ones? There was a batch that failed to work.

Sorry, should have mentioned to start. It’s the V3.

Not much to show as far as the setup. Cat 6 cable from POE switch to adapter, Built-in cable with micro USB from adapter to the cam.

You want to do all this with the card in the cam and the adapter in place in wifi only mode in wz_mini. Then change to USB ethernet enabled via the web interface and save the setting. Then reboot from the WYze app, not by a power cycle. Leave the adapter in place.

Yep, that’s what I did the last time detailed above. No repower. Sorry, I’ve tried it so many ways now that I’ve confused myself.

Possible that it’s bad I suppose. It’s from a big bin somewhere at Amazon.

How did they not work? In a similar way or not at all?

The Amazon ASIN number will indicate the newer cams. There’s a reference to it somewhere.
So keep rebooting by repowering via the ethernet jack and see if it’ll eventually jumpstart.

Perhaps a careful review of the readme or a visit to the Github discussion (or both) would also be helpful in finding a quirk we’re overlooking here.

Sorry. I meant newer adapters. The bad ones were all over the place in what was wrong with them.

The ASIN information is several posts back…

Tried to search but I don’t see the bad ASIN. I do see some mentions of it. The link that I ordered from at Amazon is the one above with ASIN B0876N3PMZ. Don’t see one on the packaging. Bar code with X00219T3RD and “New” on it with another number below U6113.

Yeah, I’ve been through the github description many times. Seems like maybe some detail missing but I don’t know what. I’m close, the mini-hack is on there and good. The back end RTSP side is good. It’s just getting it to run with the adapter that is frustrating me.

How should the yellow light on the adapter be when working correctly? Blinking or solid yellow?

And speaking strictly about the adapters, I just rigged this up today and was going to post it tonight anyway. A little over $5.00 from Lowe’s and works well. May look like overkill but the UCTRONICS adapter just fits with just enough room for the tails. Metal and powder coated with a nice foam weather gasket and threaded plugs for the unused knockouts. The V2 presents a bit of a challenge due to the extended adapter for the large USB port, but it can be managed if you wanted to stick one under an eave or soffit with some additional protection for the connections.

And while the box is metal, it’s cast aluminum or magnesium with no magnetic capability to just slap a cam up against it wherever. The cover however is steel and works for the magnets, though the V2s are weak and should probably be screwed to the housing with a cover screw like oictured with the V3. A rubber grommet or some sealant in the bottom entry point would probably be a good idea just to keep the bugs and wasps out but it’ll stay dry as is. 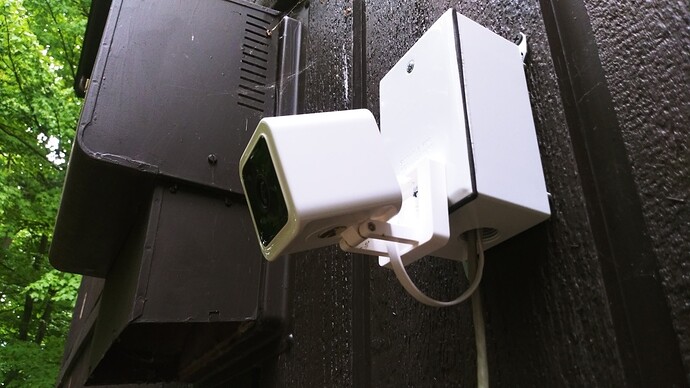 How should the yellow light on the adapter be when working correctly? Blinking or solid yellow?

Blinking indicates activity. Solid seems to indicate a locked up or no traffic condition from my experience with them so far.

Thanks, that helps me know what to look for.

Out of curiosity, is that CAT6 shielded? Could be a problem due to lack of a ground at the cam/adapter end. Forgive the question, but have you tried a different cable?

Not shielded. It’s a known good cable that I leave plugged in at my rack to test/setup things. Nothing wrong with the question. I can try another just to be sure. I have tried multiple ports. I think all that’s good.

My yellow light blinks until I restart the cam from the app. Then it goes solid.

Think I’m going to give up on this for a while. I’ve spent way too much time on it today. I’ll order another adapter just to try another and see if that does anything different.

Thanks for your help.

Hmmm… may have found an answer?

The last link above in the thread points to this product (B0876N3PMZ):
https://www.amazon.com/UCTRONICS-Raspberry-Ethernet-Chromecast-Compliant/dp/B0876N3PMZ

That’s the one that I got. If you read the questions for it, you’ll see that hidden under the responses to the second question, UCTRONICS points someone asking about using it with the Wyze cams to the same “UPGRADED” product (B0B9ZLVGJ4):

Kindly check this upgraded product: https://www.amazon.com/dp/B0B9ZLVGJ4. One of our customers had tested it on a Wyze cam v3, here is the video: Real POE for WyzeCam V3 (power and data) - YouTube
By UCTRONICS SELLER on August 30, 2022 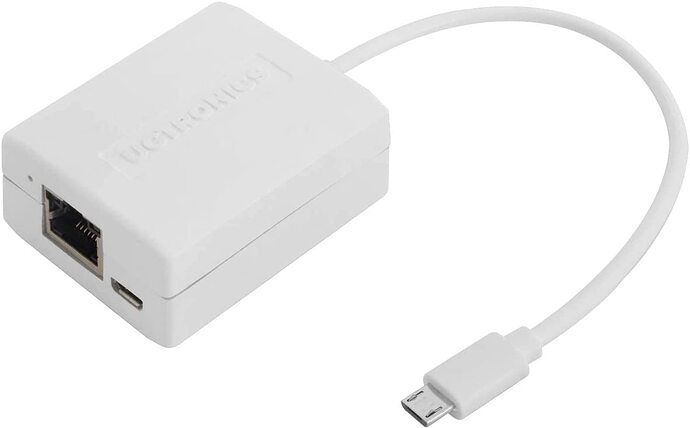 I canceled my order for another of the first and ordered the second. Should be here tomorrow. I’ll post back how it goes.

At this point it’s about all that’s left. I commend your patience!

I was one of the first to report success with multiple UCTRONICS adapters using wz_mini and the V3s. All four of them were from the B0876NPMZ ASIN listing. They all work perfectly and were all purchased in July/August.

There was earlier correcpondence from UCTRONICS with a Github member indicating they were aware of a production problem and had corrected the issue. Evidently they are now producing yet another different / modified product? There are indeed 2 listings on Amazon now with different ASIN designations, It will be interesting to see how yours works and if they are still using the same tried and true Realtek driver.