Now I have to say that sounds like a brilliant solution. NOT! Surly they can do something better than give up!

You have got to be kidding. That should be an easy fix. Rotate the video in the software for export to cloud or other devices.

“Not a lot of power in the doorbell.”

Yeah, here is what they said on the issue: I agree that Wyze should keep it streaming to Alexa, even if it is rotated weird, though it should have never been a selling point for people…if it was, it was a misunderstanding because when they launched the VDB, I read that Wyze clarified that they probably would never be able to stream the VDB video to Google or Alexa because the Video dimensions didn’t fit into what Google and Alexa allowed (therefore Google and Alexa wouldn’t allow it video str…

If I happen to want to view the doorbell cam on my Echo 5 I just flip it on end. It is not very often that I am sitting at my desk when the doorbell rings and I really need to bother. But it is a “solution”.

My neck is faster.

No problem…I will rotate my 55 inch TV to compensate.

They say they cannot change it. Instead they have promised to remove the doorbell Alexa viewing capability entirely.

I’m looking for a solution to display any of my many V3 Cams and WOCs, and ALSO my Wyze Video Doorbell…

I read in another forum post or it might of been on reddit, that the Echo was able to do such a thing, I came back to the Wyze Forums, I searched, and the first post I read tells me… that Wyze is not able to display the video output properly on an Echo display, and the solution Wyze has is to simply remove it from displaying at all on the Echo?..

Are these the same programmers working on the Landscape issue on the iPad Wyze App?

I’m really trying not to be a downer here… and I want to be a Wyze ‘fan boy’… but dealing with the Epic fail of the Wyze app on an iPad in Landscape Mode, and now in my quest to find something, perhaps an Echo display, to display who’s at my door, or to display one of my many V3s or WOCs… I’m once again coming away disappointed at finding a solution…

Does anyone have a solution where when an event occurs on any of my Wyze Cams, that my disabled wife can quickly look at the Echo, or other similar device and see what motion triggered an event on one of the Wyze Cams… and display it properly without either turning the Echo on it’s side, or the iPad on it’s side to get them all to display properly?

Am I asking to much?

You could use a Fire Tablet with the “show mode” docking attachment.

Where the doorbell is oriented improperly you can rotate the tablet.

I have one but have not really used it, I will test some of its capabilities with the doorbell yet, but in theory this should work for you. I will test somethings and let you know some outcomes.

Well I was wrong…

No matter the orientation of the fire tablet with the show mode dock the doorbell view was still rotated. 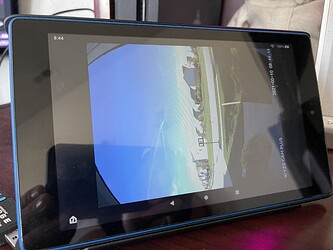 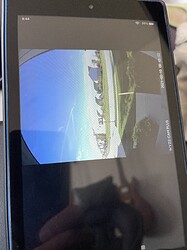 Aside from the doorbell being rotated, I have 2 routines in Wyze, which does nothing more than the following:

By doing this, you will still be able to view your Doorbell via Wyze and receive your Alerts and also automatically have Alexa show you the camera where motion was detected.

Returns my echo Show to the Home Screen

I take it that this only works with version 3 cams?

You can set these routines up with any CAM, the “trigger” is the defining attribute.

I tested setting up Alexa routines on all my Cams (and I have every model except the V1) and only person is a selectable attribute… for now? Maybe at some point Amazon will add Vehicle, Package and Pet aligned with WYZE AI? But you never know till you see it.

I realized I swapped horizontal and vertical after I posted that, but seems like you figured out what I meant! It looks a little wonky but at least it’s not sideways!

I am thrilled that I took spamoni4 routine and created an alexa/echo routine that works perfectly. I have both the doorbell cam and a V2 on my entrance way. If either triggers it almost instantly shows up on my echo 5 on my desk. You do of course need an Alexa show but well worth it. They are on special right now for 69 bucks in Canada and I suspect less in the US

It works on some fire tv models as well, and it works on my fire 10 tablet whether in show mode or not.

I have a number of echo dot devices paired to fire sticks and that works well also.

The video quality of the Wyze doorbell is great. I’d say better than Ring. However, without the ability to view on my Echo Show and FireTV Cube, and without the ability for motion detection to activate the Chime accessory, I’m finding that the Wyze Doorbell is not quite ready for prime-time and I may have to stick with Ring for now. That makes me sad.