Camera activated routine to shut off Wyze plug off

I have a Wyze Cam at the end of my gate and I have a Wyze plug in the house. So I set up a routine when the camera sees motion it turns the light on connected to the wyze plug. I can’t find anyway to make a routine so when motion has passed it shuts off off the light…

Just make a device trigger rule that says when the Plug has been on for 1 minute (or whatever), turn off the Plug.

I have a similar setup, but less likely to go off all the time. I have a dedicated signal light (a Wyze Bulb) tied to person detection on my front door camera. It is also tied to a Wyze Sense motion sensor on my front porch. Either will lite the Bulb for 1 minute to signal me to glance at the live feed, which is usually running on a nearby iPad. The light always turns on before the doorbell rings, which is nice.

Seems to have support for times off after no motion…

Wyze camera doesn’t seem to have it…

Chatted with Wyze support… they said it’s not offered

Yes, thankfully they added the “turn it off if it has been on for” rule to the Plug and Bulb to compensate for no ‘clear’ action on the camera.

I’ll just order a bulb… that should fix it!

The Bulb and the Plug work the same way in this respect. You can do this.

You now have a rule that says if the Plug is on for 1 minute, turn the Plug off.

To test it, turn the Plug on from the app’s Home screen. It should go off in 1 minute.

Here’s the #wishlist topic that contains the new rules trigger that would be necessary for this. You may want to hop over and vote for and/or comment on it: 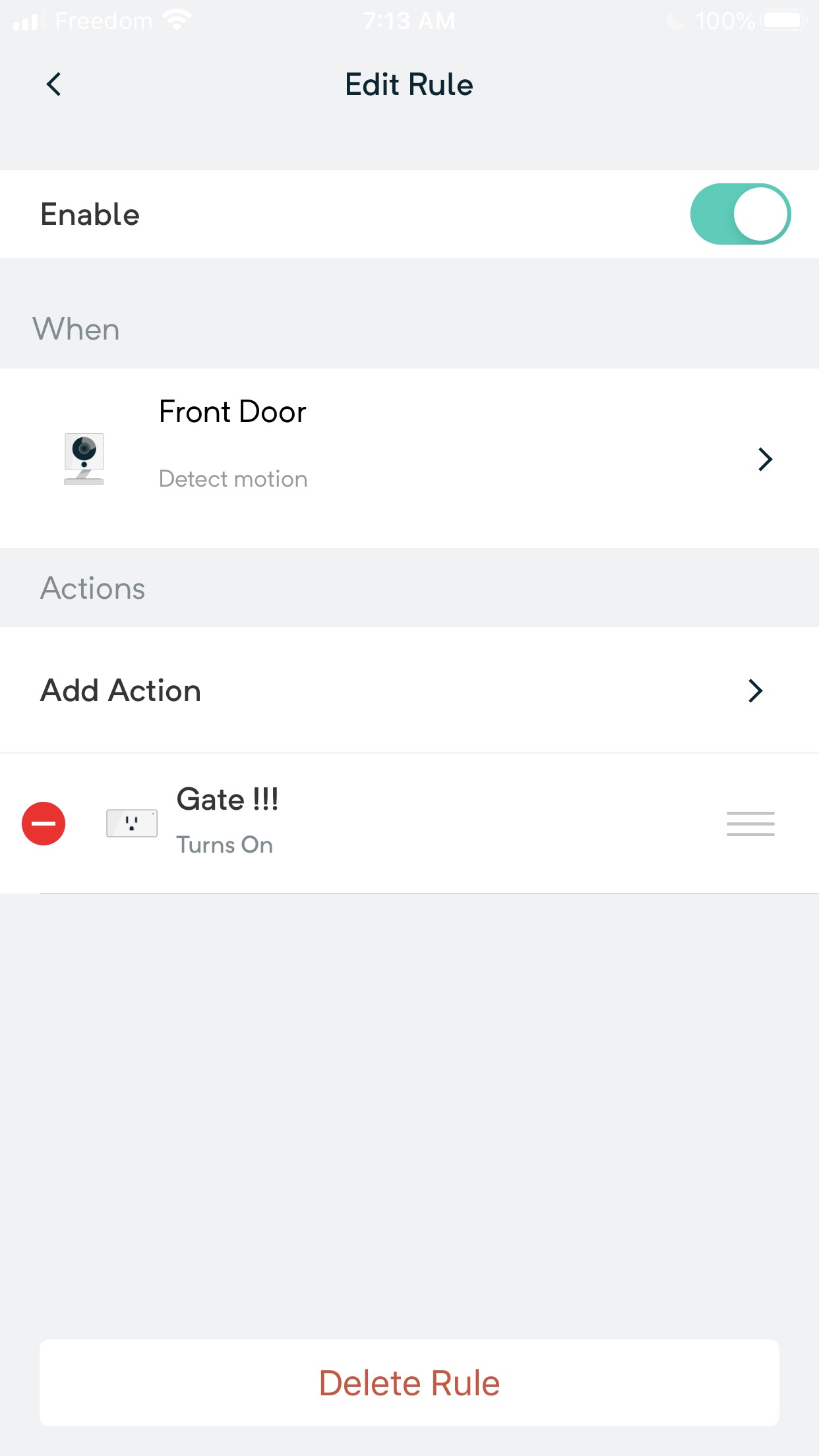 Yes, you are in the camera’s shortcut. It doesn’t offer a step 7. You need to create a brand-new shortcut for the Plug, exactly as outlined in reply 6 above.

Does seem a little illogical that you can’t send set up the timing of the device in the same rule that turns the plug on. Anyway happy it works!

There are lots of things with the Wyze app that are incomprehensible to a first-time user. For example you won’t normally associate “Events” with cloud storage, considering that it applies to both cloud and local/SD storage. Plus there are some itty-bitty annoyances like buttons that look like labels and consequently, are easily missed. Or that the rules display for a device includes rules for everything, lumped together.

Good to know!! I’ve never used a support community. But that worked out really well thanks for all the advice!

Yesterday I chatted with wyze help and they weren’t able to help they told me I couldn’t do it!