There is apparently no mounting bracket for an inverted, overhead installation of the new Cam Pan v3 (for eves on homes for example). Guess I should not have purchased several to replace my eve cameras without knowing this.

This is a picture of the Cam v3 I’m trying to replace with the new Cam Pan v3: 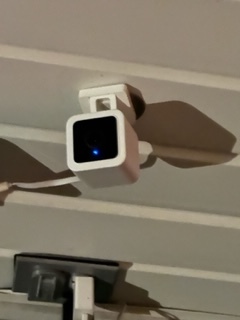 The included bracket will not allow for this type of installation. When the included bracket is used on a horizontal eve (like the picture) it puts the camera on a horizontal plane, not vertical (which is what the bracket is meant to do). It would be fine if it were a stationary camera like the Cam v3, but it does not work for a rotating base camera as panning will result in a skewed, off-angle view.

Need either a fixed, plate-type overhead mount, or a 1/4"-20 male stud/screw mount. 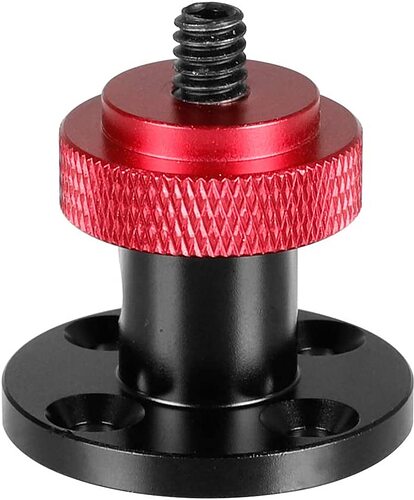 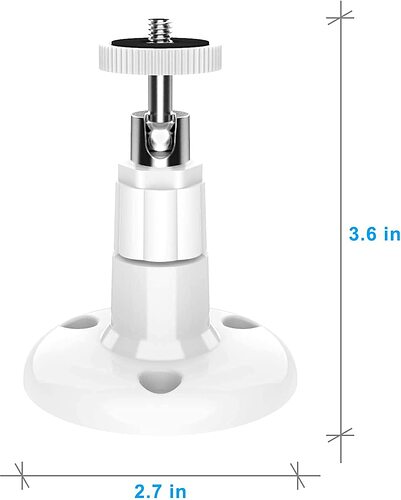 Glad you posted this as I was about to get couple, as it seemed to me from picture and watching videos that the angle could be set and base would follow the action whether it be vertical or horizontal and hopefully return to original placement, seems this should work whether base was attached up or down, which down was shown in all videos I watched lol, guess I need to investigate more, thanks

Relooked at the pictures of add for the cameras, and it shows mounted upside down outside, so maybe I am not reading correctly what you are trying to say, as I’m assuming that the base has a magnetic mounting in base as the original V3 has to mount to something metal.

I wish they included a magnetic base as that would perhaps solve the issue. Although the new Cam Pan is much heavier than a Cam3. Not sure a magnet would hold it. They really just need to include (or at least mention) the use of a mount that sits flush with a horizontal surface (like an eve).

Thanks for replying, finally found their easy wall mount demo, which definitely doesn’t allow it to be eve mounted, or up close to the eve due to needing to put screw into camera base after mounting their bracket, which is where I wanted to mount mine also, so guess I’ll pass on these cameras, thank you for replying and saving me some more grief, Wyze definitely needs to investigate the mounting options before trying to sell their cameras

Would it be possible for the option/ flexibility of an upside down wyze cam v3 mount, with right side up live stream capability? this would allow for mounting on the underside of a bookshelf or on the ceiling to view the floor below. Thank you.

Are you looking to mount a Cam v3 upside down or a Cam Pan v3 upside down? In either case, once mounted upside down (inverted), go to your cam’s Advanced Settings and turn on “Rotate Image 180°”.

My reply above is to dav.frick concerning cam type. Cam v3 does not pan and its mount allows overhead, inverted installation, unlike Cam Pan v3.

Thank you, your reply answered my question completely. I looked for this answer earlier without success in camera settings and even called customer support and they told me no one had ever asked for this before and to submit a request. We got it. Thank you.

Have you looked at the Pan v2 mounting kit? It has a hinge on the mount which will allow a horizontal mount. The bracket contains an extra-strong, detachable magnetic base that screws into the bottom of Wyze Cam Pan v2. The base magnet is stronger than a Cam v3 magnet so it will hold a Pan v2 upside down. I bet the screw is compatible with the Pan v3. This base magnet will also stick to a v2 or v3 Cam mounting plate. The Pan v3 (320g) is heavier than the Pan v2 (240g) so you’ll just have to try and see if the magnet will hold it’s weight.

Thanks. I think I have a pan v2 kit laying around so I will check.

I need to mount the Wyze Cam Pan V3 from the ceiling. Will the mount from the Cam OG work or is there another solution?

The Cam OG mount will not work with Cam Pan v3 as the post’s thread diameter is different.

The pan cam v3 uses a standard threading found on most tripods and other video accessories, so you may be able to find something that would work with that

I used the existing v3 mount. It just screws in the top/bottom. You can even use the same screw. 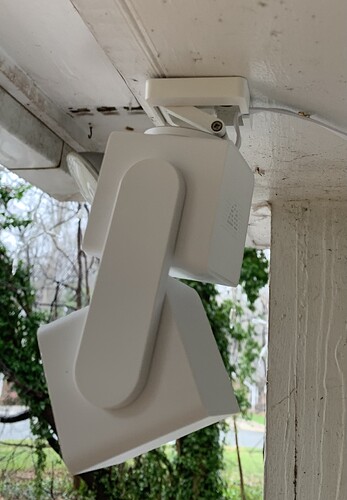 That is good news.

Will Wyse sell the V3 base only as an accessary ???

I am not aware of them selling just the mount for the v3. The original poster was replacing Cam-v3s with Cam-Pan-v3s. If you happen to be doing the same you already have them.

Sorry if you do not.

Perhaps if you contact customer support and tell them you need one they might help you but I truly do not know.

If I didn’t have a vertical piece to mount my camera, I would probably just make a wood block that converts the angle of my ceiling to vertical to use new mount. I rotated it the included mount so my midpoint was facing forward and it works well. I just used different screws. I’m thinking a 2x2x2 cube modified to eliminate the angle. It seems it’s best to be vertical.