I’ve identified what may be a minor but universal software bug. It’s easily reproducible, but for isolation purposes, I’ve only tested on an iPhone 7 Plus using iOS 12.1.4 and the Wyze app version 2.1.21 using firmware 4.10.3.40 on the Wyze Cam Pan. I’m submitting here rather than submitting a bug report elsewhere to allow Wyze and the Community to go through their public isolation or confirmation process.

1: Navigate to the LAST Event video captured.
2: Press Record and let it continue until it continues recording beyond the end of the Event video.
3: Press Stop, Pause, backward/forward arrow in the Event timeline.You will receive one of three different error messages depending on which option you use to attempt to stop the recording. 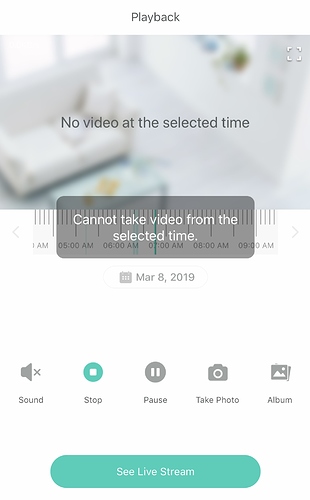 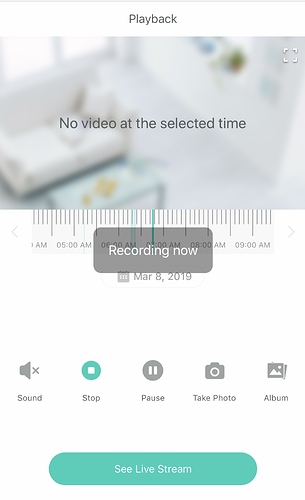 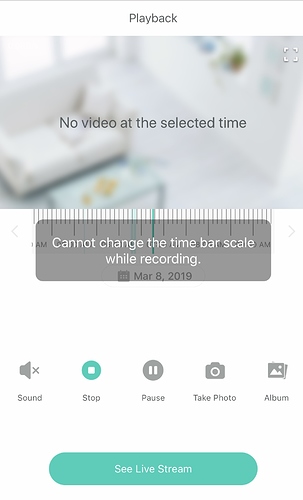 The Recording continues regardless of which option you choose to attempt to stop recording. The “only” way to stop recording is to press the iPhone’s home button and swipe up to close the app. As a result, I don’t believe any recording is actually captured nor appears in your album.

The obvious workaround is to manually press Stop to stop recording before reaching the end of the last Event video.

However, the errors suggest that the existing code for recording does not currently process the end of all existing event videos and simply moves to the (nonexistent) next Event video without stopping recording automatically. So manual recording and overlap of videos is likely as standard as underlap, which may be convenient for many, but also counterintuitive to those who simply want to ‘Record This Clip’.

So this bug may also be reflected as a suggestion for a toggle between Automatic/Manual Recording, with a new automatic per clip detection option added to the existing manual (start and stop) selection of beginning and ending points.

I can reproduce this. I can reproduce it also with continuous recording vs event only, as long as I let the on-board Record proceed to the end of the last 1-minute segment that was saved.

One change to your observations: If I press View Live Stream, it does return to the live stream without having to crash the app. There is a stop button available then, and if you press it, the video does get saved to the album.

So that makes the bug a little less of an issue. But still a bug nonetheless. I will pass this thread over to Wyze so they can take a look.

Ahhhh, yes. View Live Stream. Good catch. I didn’t thoroughly test, though I wanted to provide clear information. (I hate it when my friends text me things like “Hey, my phone ain’t working? What do I do?” WHAT?!?! lol

I view this as one of those minor issues that could cause coding problems later if gone unnoticed. So I went ahead and reported it. As a follow up, I also do realize in hindsight that my suggestion to add an automatic extraction of individual clips doesn’t make much sense as the app already does that via Events. Your ability to not simply make fun of me is greatly appreciated, lol. This is what my lack of sleep when I posted this does to a person.

Thanks for passing this on!

You’re welcome. And thank you for providing such a clear and complete explanation. You make the dev’s job so much easier that way.

To close the loop… I did get in contact with Wyze and they have forwarded this over to the dev team for action.