Anyone connected a relay to the chime output? This could help connect to legacy bells

Since Wyze is still not offering extra chimes and since some of us already have multiple/remote chimes based on other technologies (for me: Carlon Lamson & Sessons RC3200 Extend-A-Chime Plug-In with 3 remotes), I am asking if anyone has opened the chime and hooked a relay up to the speaker output. Perhaps a small opto isolator such as a Vishay VO3063, the chime selected would need to be brief, and the triac output would send 24VAC to the transmiter.

Since Wyze is still not offering extra chimes 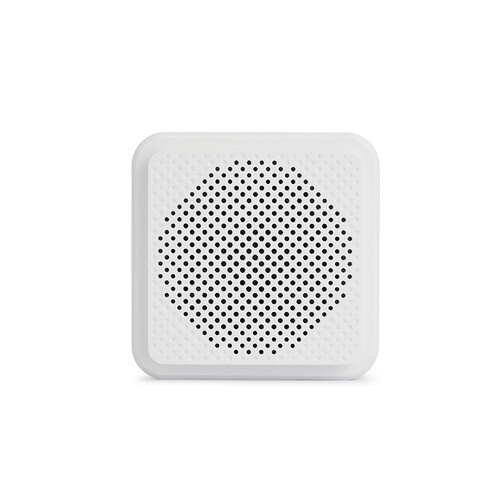 What’s better than one insanely loud doorbell chime that makes your dogs bark and baby cry? Well… Pretty much anything, but how ‘bout up to 4 custom volume-adjusted Wyze Chimes placed in specific rooms to avoid all that?

It’s not complicated either. Just plug into any ol’ outlet, pair with a Wyze Video Doorbell, and then set the volume to your preference. Available and shipping right now on wyze.com.

Replying to Wyze. I have done this to other systems with an audio output. I am asking if anyone has tried it with your chime. My question has nothing to do with individual or standalone.

Omgitsstony, Ironic that they just announced it after months of stalling and sending me vague replies. Still, at $20 per unit and I need several, I am attracted to hacking a relay in place so I can use the already substantial investment I have in remote doorbell chimes.

When the company is ready to release the product, have enough stock on hand to sell, or having what ever they need in place to do it, is when it will be announced and released. It’s been known that selling chimes standalone was a good possibility.

Good luck in the hacking, be safe and it’d be cool to get an update in here with how the project turns out.

Yes, Wyze is very tight-lipped about upcoming releases (except maybe during AMAs, lol). They get enough blowback from the things they do announce.

I will give them credit for innovation. BUT they should invest more time in expanding the features of their core products rather than playing the FAD game. Seriously Wyze: Put your engineers to work on improving the door chime rather than inventing programmable LED lights. You appear to be suffering from attention deficit syndrome.