I’ve been using iPhone for over 10 years now , I’ve enjoyed the phones but I think I’m at a cross roads.

I’ve currently been using the wyze app more and more for my cameras , thermostat, and switch. I plan on adding A LOT more products in the future

We have to do finger gymnastics to click the top left hand arrow back button.

Im over due for an upgrade , I’m seriously considering switching over to android for this one feature . That’s how much I need it , it would also be nice to be able to change the notifications sound .

A part of me really wants a new experience but I feel like I can’t escape the apple eco system . Will be choosing phones soon , and I might just go with the IPhone 13 Mini for the compactness but I really feel like that might be end of my love affair with apple .

I came from the enterprise BlackBerry world over to iOS way back when BlackBerry owned the market. Loved my iPhones. Then batterygate hit and I got one of the lemons. It soured my taste for overly priced gadgets so to speak. I went to Android back in 2012 and have never looked back.

The standard “Gestures” you described are nice. But, each phone manufacturer also has their own customized proprietary and UI adjustable gestures built into the OS also. I am currently w\ Moto which have different customizable gestures than Samsung for example.

There are pros and cons to both OS. But I value the user customization freedom Android provides in a less restrictive OS that has a much greater compatibility with other devices. I prefer a phone that isn’t isolated by design. I also enjoy not applying for a 30 year mortgage to buy one.

Back button! Gestures schmestures. Android’s stock back button is essential, although even Google has begun to hide it by default. You just have to change one setting to get it back.

I use a Pixel 6 as my daily driver, and have the Pixel 5 and iPhone Xs. With gestures on the Pixel devices it does move you back one screen by a simple swipe, which I use and like a lot.

If you are going to get an Android Phone, you should do some research, but the native Android seems to work better for me, hence the Pixel Line Up. The new Pixel 6A is nice. With that said, here is a link to a youtuber who evaluated the Asus ZenPhone. may not be the prettiest phone, but us impressive and compact:

Also to @spamoni4 point… All Android phone are not created equal.

I have a Pixel 6 and Samsung Note 10+ (as well as an iPhone) and unless I am missing a setting, I cannot use swipe gestures with the Wyze App to go back screens on the Samsung Note10+ with Android 12.0.

I can use the go back screen swipe gestures on the Pixel 6 with the Wyze App.

You guys are gonnna look pretty funny with these phones implanted in your head by 2030.

I will be dead but come back to haunt you (you’ll know me by my vestigial back button.)

I carry both an Android (Motorola g7 power) and a work forced on me *&^%$# iPhone 8. I hate the iPhone with a flying purple passion. It is so restricted on what you can do - especially as a techie. The only advantage of having both is that there are several apps that I have on both (Wyze beta being one of those) so I can compare them, or if one version has a serious bug, the other might work better.
I am likely going to replace the android before too long as it’s getting fairly old, and in theory, I’m supposed to be getting a new work phone (rumor has it that it will be an iPhone 11) - my employer is changing carriers, so new phone…

If you leave them side-by-side in a drawer overnight, which one is on top in the morning?

I want the alpha one.

Nice try. They sit side by side on the nightstand next to my side of the bed with both plugged in to charge. I have never observed them moving…

My iPhone feels neglected since I routinely and unintentionally allow it to run out of power. My Android, meanwhile, is my daily partner. iPhones are inelegant and not very useful.

I have a Pixel 6 and Samsung Note 10+ (as well as an iPhone) and unless I am missing a setting, I cannot use swipe gestures with the Wyze App to go back screens on the Samsung Note10+ with Android 12.0.

An add-on called “Good Lock” can enhance gestures among other customizations. Good Lock bumps your phone up half a version. Good Lock features often appear as system features later.

Customization excels in Android. I have used Blackberry and iOS as well but Android keeps me happy. With trade-ins, the phones are slightly more affordable. I see a two-year plan as a lease.

Opinions will vary, but I have gone phone monogamous with Samsung. I currently have the s21 running on Android 12. Wyze app works smoothly but I crave that the app would use dark mode natively.

Thanks for the tip. Note 10+ is not my daily driver ATM, just a tester but kind of the same boat…

Went from an iPaq with Winmo using Good Mobile Management to the first iPhone, then Motorola released the Droid, was all Android all day since and mostly Samsung Galaxy versions after (my job gave me a Crackberry in 2010, I threw it in a drawer and said call me on my personal number, and if you want to save money take it back and use my personal number thus starting the BYOD stipend era of that company) switched to the Note 10+ years later and the battery was horrible… then my Adult and young Adult children talked me into an iPhone after years of being away from it so we could “Facetime”… maybe twice in 1.5 years. Still had the Note 10+ to satisfy my Android needs then replaced the Note 10+ with the Pixel 6 and kept the Note 10+ on wifi for testing… Just waiting for the right foldable to go back to Android full time.

Straight up? The statement I heard estimated ‘physical phones will be extinct’ by 2030 in favor of implants. So, everyone implanted or mobile phoneless, I suppose.

This will be, um, challenging, for uninterested fossils like me. Writing’s on the wall, amigo, adios and vaya’, I guess…

Tho… So long, it’s been good to know ya.

Just waiting for the right foldable to go back to Android full time.

The Galaxy Fold 3 looks great. A friend loves his.

I forgot about my Good technology and Motorola days. Thanks for the ensuing flashbacks.

The statement I heard estimated ‘physical phones will be extinct’ by 2030 in favor of implants. So, everyone implanted or mobile phoneless,

Sounds like the New World Order program for better tracking of where and what you are doing. Scary.

Their motto is: You will own nothing and be happy.

I’ll be ready for an asteroid strike.

Sounds like the New World Order program for better tracking of where and what you are doing. Scary.

Yeah, I think it was one of Dr. Evil’s lieutenants. The whole scenario is more than a little cartoonish in the casting…

I guess you just mean old Ray “I’m desperate not to die” Kurzweil . Apparently he started with that prediction before 2015. It’s very clearly NOT even close to happening, 'cause, you know, there’s not a single product resembling that and it’s already 2022. Maybe if you give him the slack of “2030s”… 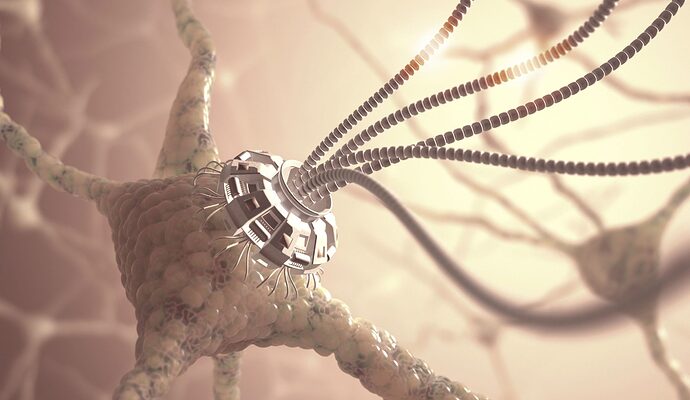 Futurist and inventor Ray Kurzweil predicts humans are going to develop emotions and characteristics of higher complexity as a result of connecting their brains to computers. “We’re going to be funnier. We’re going to be...

Klaus Schwab.
You will own nothing and be happy.