I have not heard of this being a problem and I’m not sure how the primary network would know that the connecting device is a travel router.

I am using the travel router mentioned in the article below, which was about $25 when I bought it.

Setting up on a network with a login portal

Important: Wyze devices do not support enterprise WiFi or WiFi setups that use a portal page. Wyze does not endorse or provide support for this setup. The instructions below were written by forum m...

In short - we like Wyze, we want to use Wyze, but we feel requiring authentication for wireless networks is an over-reach on Wyze’s part.

Success on an Apple Time Capsule here! I had to add the guest network with wpa2, and was forced to change the address ranges as it is hooked up to a main att&t modem/router. Also had to use dhcp and nat setting, not bridge mode. Lastly, very important, make sure the iPhone or whatever you are using is logged into the guest network for its’ wifi service. Camera seems to use whatever wifi network setup device is logged into. Once I plowed through all this, logged camera on simplest wpa password with no problems!

Living in the country a mile from any road or neighbor, my WiFi signal barely makes it out of the house.

This is silly requirement, I understand the ‘normal’ security issues many face here and would understand a strong suggestion, but not allowing the camera to work at all without completely reworking my networks is a mess.

I am a college student that lives on campus. We are not allowed to use any routers with WiFi capability due to security issues. The main campus wifi is WPA2-Enterprise encrypted. We do have another unencrypted WiFi specifically for IOT things like google home or PS4. I brought a Wyze bulb but I just realized I can’t get it to connect a open WiFi, and I am super frustrated because I really like Wyze’s product. I understand we cannot connect cams to open wifi due to security concerns, but could you consider allowing things like wyze plug or smart bulb to connect to open WiFi? Thanks!

Can you please provide details on how you connected to Optimum? How did you get past the ‘Network/Password’ issue on the Wyze camera?
I have ShawOpen, which is the same technology as Optimum. Both use the MAC filtering to authenticate. I should be able to duplicate what you did on the ShawOpen network.
Thanks.

Can you please provide details on how you connected to Optimum? How did you get past the ‘Network/Password’ issue on the Wyze camera?
I have ShawOpen, which is the same technology as Optimum. Both use the MAC filtering to authenticate. I should be able to duplicate what you did on the ShawOpen network.
Thanks.

I believe @ginobean is saying that they connected their phone to open wifi to view their cameras at another location. The cameras at the other location would have been set up on a WPA2 wifi.

The restriction is on setting up the cameras to an open wifi network, not the connection method the phone is using to view the cameras.

Hi Loki! I do understand we cannot connect cams to unsecured WiFi due to security concerns, but now we have more items in the Wyze family, and would you consider allowing things like wyze plug or smart bulb to connect to open WiFi? Thanks! I really love Wyze bulbs but I can’t use them on campus, since we only have an open WiFi for IOT stuffs, and the main WiFi is enterprise encrypted.

I’d love to, but it’s not up to me. In fact, I’m not even a Wyze employee. I’m just a fellow user and volunteer forum moderator.

I see that you already requested this in Allow Unsecure (no password) WiFi Networks - #72 by luyiran. That’s exactly the right place to make your request know to Wyze as they review the #wishlist topics.

Thanks for clarifying. Yes, I should have read his response more carefully. I guess that I am off today to buy a GL.iNet travel router.

I was going to buy 100 of these cameras to give as a gift to all the employees in my department. Luckly I bought 2 to test them out first and found that I can not connect because my home WiFi does not have a password. I have read through many of the posts and Voted. You should not be making decisions for your consumers! Give them a warning or an option to turn it off. I am really frustrated because I was really looking forward to handing these out at the end of year holiday meeting.

Think I would prefer a Turkey.

Agreed. I just bought five. I hate securing my network because of cable company greed. ANYONE with a computer and a simple freely available program can sniff your packets, inject and crack your password in minutes. Now I am probably going to return my cameras. Quit telling people what they must do. Let us choose. After all we are in America where we have freedom of choice…

Hello @mtbike2 and welcome to the community

That is completely correct, that means they can make the product as they see fit, and you can decide if what they made fits your needs, everyone gets to choose, i.e. freedom of choice

ANYONE with a computer and a simple freely available program can sniff your packets, inject and crack your password in minutes.

While I agree that Wyze should just let people connect cameras to open WiFi if they really want to, and there are cases where this can be especially useful, that’s not the case for most home networks. And unless you’re still using WEP, what you stated here is completely false.

I hate securing my network because of cable company greed.

Sorry, yes you are correct.
Its more about capturing the 4 way handshake of WPA2 etc. 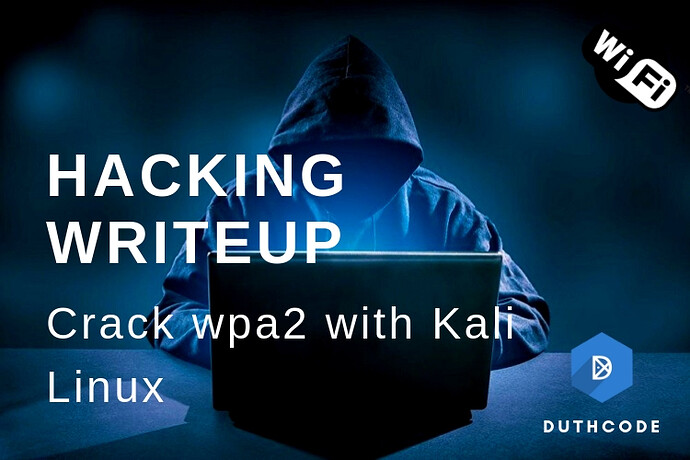 Learn how to capture and crack wpa2 passwords using the Kali Linux Distro and the aircrack-ng suite! Dive into the details behind the attack and expand your hacking knowledge.

Cable companies have a monopoly. They saw declining profits so they ran the price of cable services up. Kept doing so. Then they saw many going without cable so they increased the prices of internet. The base price I used to pay for 5 mbps was around $30 a month. Perfect for my needs. Now I have to pay $50 a month for 100mbps which really is usually tracking at 50 mbps. Don’t want nor need that BUT I cannot go with a lower tier. As a result of this, I keep my wifi open and free. Run my stuff through a VPN for security purposes.

So providing your neighbors with free Internet is a fight against corporate greed? Interesting.