All cameras only taking picture instead of recording video during events

I’m bookmarking this so I can reference this to others who are confused.

Thanks. You can find 100 others out there explaining the same thing.

Having so many people on the forums with the same issues proves 1 thing.

Wyze rolled this thing out thru a meat grinder. What a mess.

Just had another exchange with another poster with the same issue ranting about the Wyze conspiracy to take away the SD Playback unless you pay.

The playback button just wasn’t there in the opened event thumbnail and the SD was ON and Continuous. But wouldn’t upload screenshots. I don’t doubt them or any of the others. There are too many posts reporting the missing playback button.

Both had WCO’s. @Mavens and @Mods, I’m tagging just to see if this could be a problem that might only affect WCO’s? The disappearing playback button. Or if a solution has been uncovered elsewhere.

Thanx for all you do!

Yeah, I think it would have been better for all existing accounts that viewed a clip from the cloud in the past 60 days would be automatically converted to lite with the option to opt-out, and new accounts have to opt-in. Or something like that. It amazes me that this that announced 3 months ago and they set emails and notifications in the app and people seem that they never got them.

In regards to WCO I don’t think it was ever designed to have the SD card footage viewable to the app.

Just had another exchange with another poster with the same issue ranting about the Wyze conspiracy to take away the SD Playback unless you pay.

Forgetting the WCO, the SD playback buttons are not supposed to be affected. But as you say, there are several possible complaints. Is that a bug, or because so many people are logging on about the change? I can’t tell. Right now there is a bug that won’t let me turn off Cam Plus Lite to test this on non-WCO cameras.

As far as WCOs go, there never has been a Playback button on any of them, and probably never will be. Those are battery-powered cams, and Wyze isn’t going to create yet another flurry of complaints about ‘why did my battery die in less than a day?’ on those. You can still schedule a recording if you like though, so they left people a method.

As far as automatic sign-ups, I think they did that for anyone on the legacy person detection & Cam Plus. Maybe they could have done more here, but up front those were the people that obviously cared the most.

I have non-WCO cams (v2, v3, CP2) with no subscriptions, Cam Plus Lite and Cam Plus. All variations have Playback buttons on the Event display (image and video versions) and pressing the Playback button takes me to the correct spot in the continuous SD recording.

There is one scenario where Playback does not work, i.e., it’s a known Android app bug. Attempting to view SD card Playback while viewing an Event from a Wyze notification results in “No micro SD card installed in camera” error. I submitted this issue as a Fix It Friday item with logs. Wyze replied that they are working the issue and hope to have it ready soon.

Spot on with your WCO comment. WCO has no continuous recording feature and therefore has no Playback button on Events or live stream to review SD footage.

Attempting to view SD card Playback while viewing an Event from a Wyze notification results in “No micro SD card installed in camera” error.

Ah, that explains some of the threads I’ve seen.

I agree, I have been using micro sd 128gig. It now only registers 62 gig and my cams do not even recognize that they are there. This sucks. I went from telling everyone about the cams to feeling like crap about my purchase. Why as a company would you change current camera. You should have cam out with totally separate camera system and left the old ones alone. Especially for those who care nothing about the cloud. I have my own cloud, in my own network. Also, I have been trying to call Wyze for 2 days. None of the recommends work. I guess i’ll take all cameras and boor bell back to home depot. NO customer support, no call backs, no reason to change camera proto calls, no working cameras, to many no’s. When is the company going to provide me with a yes

As far as WCOs go, there never has been a Playback button on any of them, and probably never will be.

I think that is the answer, I don’t have a WCO and never used one. I think that the change to the new platform pushed the WCO users from 12s CLOUD clips to Thumbnail CLOUD images on the Alerts tab and all along they have been under the incorrect assumption that those were stored on the SD.

No wonder there is no Playback option. It never existed.

Thank you @Newshound, @towelkingdom, @Rareapple3, and @Seapup (for tagging into the ring with the poster I referred to) for the valuable education.

I don’t get that error because I can’t even push the playback button from a event video launched from a notification:

But, if I launch from Events…

Just took a quick look from a v2 notification and see the same thing as you with Playback button now grayed out instead of error message.

It looks like Wyze has changed something over the past 3 weeks when I wrote up the issue. Still not fixed though, as we should be able to jump to SD Playback.

I’ve got Cam Plus on all three of my cameras and I’m getting screen shots of motion only. Any ideas of what to do to fix?

I think this was just terrible to “take away” something we had and paid for. Now they want us to subscribe ?
They seem to be pushing this “subscribe” thing. I have seven cams (all different versions). I have notifications on all of them so that I can monitor the “goings on” in my neighborhood. In fact, the police came to me some time back and asked if I could give them some video that one of my cams had recorded.
I was glad to help out but now, Wyze is making it difficult to operate things. Give us back the 12 secs !!

They did. See all the e-mail. You could have gotten it back in less time than it took you to write that.

Ok where are the instructions for “getting it back” ?

Hey @timothycushman,
you can follow this video. it will walk you through what you need to do. 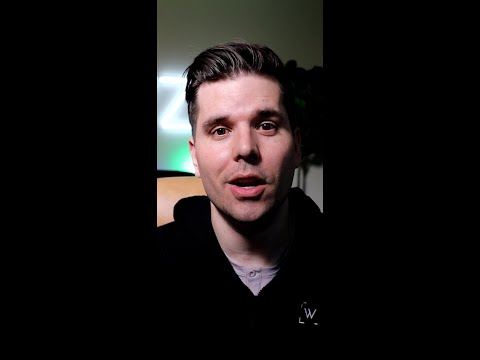 Not true for me. If wyze doesn’t contact me back before in of today, I am packing all the cameras up and taking them back to home depot. I’ll have blink cameras in place by Friday.

Can you verify that you have Cam Plus assigned to each camera? You might have to go to the camera settings > Event Recording > recording type, that select video.

That should fix it.