Add new devices to bottom of list instead of top

when adding new devices, they always get added to the top of the list in the app instead of the bottom… causing all the other devices “channel” to get changed. minor annoyance if using a third party app to check cams, etc.

can we get it so that when new devices are added they go at the end of the list?

You can always re-order the devices.

In my opinion they’re bigger fish to fry but I understand that it bothers you. I just think they have probably bigger issues

I do agree it’s a minor annoyance. I’ll vote for it, but I agree with @paindonthurt that there are bigger fish to fry.

You can always re-order the devices.

I realize this, but I shouldn’t have to re-order things every time I change/add/update a sensor.
new devices should get tacked on at the end of the list, not to the front of the line and bumping everything else back and creating more configuration and settings changes

n my opinion they’re bigger fish to fry but I understand that it bothers you. I just think they have probably bigger issues

true, there are many things that are way more important, I’m sure, but this also seems (to me) a relatively simple fix.

True it is probably a simple fix but I’m sure there are some people out there that want their new devices added to the top. So what about them?

What about if they completely changed their homepage and let you put devices by room?

That is one thing that I like about Lutron is my devices are all listed under certain rooms so when I go to the living room I can just click open that room and all the devices that are affiliated with the living room are right there. 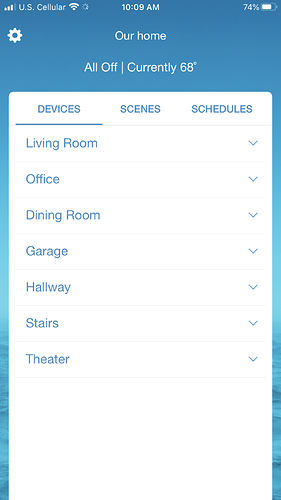 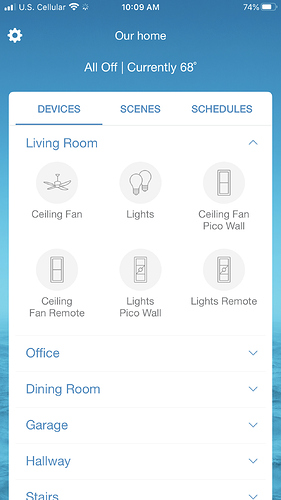 @paindonthurt is there any technical reason that the current method of ordering things is better?

I like the idea of assigning stuff to rooms, my smart life app does that as well

Right now I have everything grouped by device type. But I don’t like that because if somethings not working correctly I have to look at the light to see if it’s on and then scroll down to look at the trigger to see if it is closed if it’s a sense and if it senses motion Sensor see if it says clear. So I think I’m going to now group my devices with the triggers so they’re together and I can see them beside each other. But I haven’t come up with a really good way of grouping devices on their app because it’s just a list.

I shouldn’t have to re-order things every time

Have you thought about people who prefer that the newly-added devices to be on top? Your argument is as valid as theirs if the situation is reversed.

The only justification I’ve seen for this request is because it messes with another app’s sequence. The better approach is to ask the other app’s publisher to deal with the problem.

For the record, I’m a tinyCam fan, but do what’s right.

Have you thought about people who prefer that the newly-added devices to be on top?

I am one of those that likes them at the top…why you ask…because then I know I have to put it into one of my groups usually, or it reminds me to finalize the settings. I also do a lot of testing so if I add something again I just like it to be on top so I remember to deal with it.

I do know that people have other thoughts, so maybe the answer would be as simple as a toggle in the app settings to add items at the bottom or top.

As far as the grouping by rooms they are close yet not quite there, you can create groups and name them a room name, but they still need to make it so you can group different items together.