Installed on iOS without issues. Waiting for it to become available for Android.

No issues on IOS

Like spamoni4, Installed fine on iOS, waiting for it to appear on Android.
Good news! It no longer was bitching that an update was needed.

Is the pixelation ever going to be fixed? I’ve submitted several logs, and posted sample videos.

Recording from Playback has been solved BUT another issue has been created: « Device is connecting. Please try again later » when you want to return to live viewing or return to another cam. 2.34.0(15) V3: 4.36.9.139 Edit: The playback recording issue has been solved for V3s but not for V2s and Pans V1s. The new issue created above is for V3. I don’t have it on my V2s. The video is saved but not playing correctly and there is a gray thumbnail in the iOS album like the previous 2.34…

Waiting for it to become available for Android.

It’s out there now

Since we are heading in to heating season again, Any chance it has the update for the thermostat to give real usage data? I was told it would be in last years update, it never happened so I’m hoping it’s in this one. ( what good is a “smart” thermostat that doesn’t give any feedback? )

Shortcut rules not working using iOS. The beta app 2.35.0(b3) installed automatically. However, the cam Actions of my shortcut rules no longer work when first selected. The rest of the Actions within the same shortcut rule do work when the rule first selected. When I follow-up and select the same shortcut, the cam Actions work immediately. They never used to work like this. It does not help to clear the cache or to sign out and force close the app. All of the shortcuts with cam Actions are behaving the same way.
Log 706105

Have you tried to create another shortcut with the same actions to see if it works. Sometimes recreating them may work.

@spamoni4
Tried it with a new cam shortcut. Same behavior. No action on first try. It worked the second time.
Perhaps WYZE did something when they created the “I’m Home” and “I’m Away” shortcuts. I created my own months ago using the WYZE shortcut icons for Home and Away. 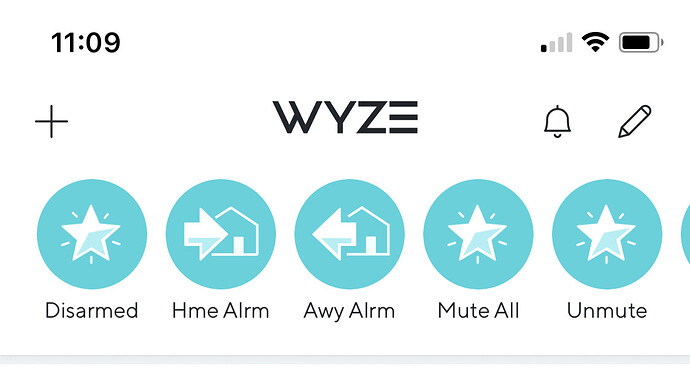 Possible issue with the Beta Release in comparison between iOS and Android. I was doing a general comparison and noticed the Friendly Faces is missing from iOS. Below you will see the images: 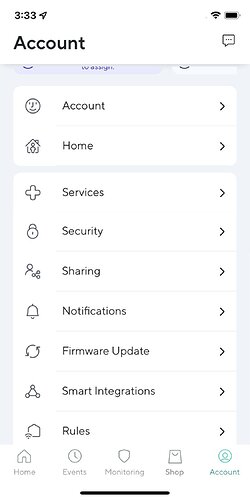 A post was merged into an existing topic: Add a loud Siren (also integrated with HMS)